According to police officials, the victims were traveling from Rajasthan to Bihar's Bhojpur for an event.
By : HT Auto Desk
| Updated on: 05 Jun 2020, 12:10 PM 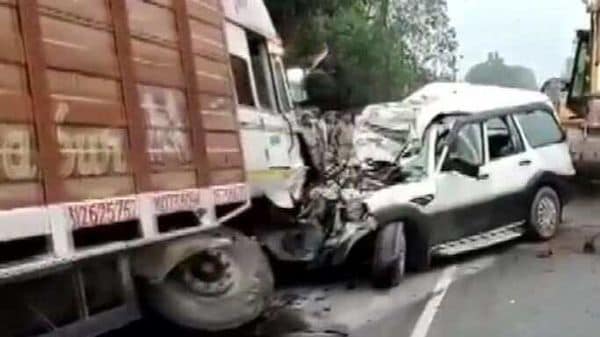 In a tragic accident on Friday, a Mahindra Scorpio SUV reportedly rammed into a truck head on in Uttar Pradesh's Nawabganj, killing nine and injuring one other. The vehicle was left in a shambolic state with its front portion significantly damaged.

According to police officials, the victims were traveling from Rajasthan to Bihar's Bhojpur for an event. While what led to the accident is a matter of investigation - it is not yet known if the SUV was speeding or the truck swerved, or possibility of a third factor, the severity of the impact can be gauged from the damage to the white Scorpio. Its entire engine bay area, front grille and bumper was crumpled and the damage extended into the A pillars with the right door smashes back as well. The frame of the windshield was left in a completely mutilated state while the roof of the car too significantly crushed. The front portion of the truck was also damaged. 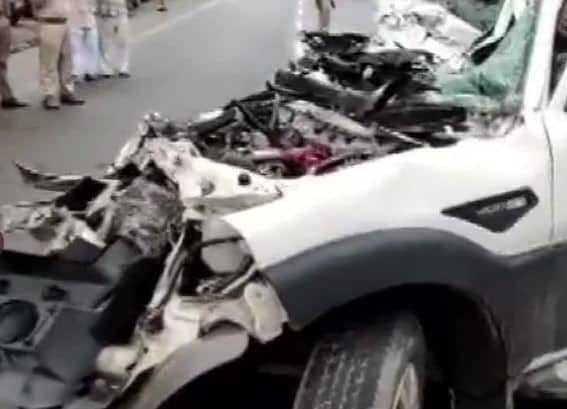 It appears that this was a base variant of the car model which means there would have been no airbags. This, however, is not confirmed and any comments on safety features inside the car would also be a matter of investigations based on several factors at play at the time of the accident. It would, however, be a confident assumption that the vehicle is beyond the scope of any repairs.

The unfortunate death of nine persons, however, is the most tragic outcome. The injured person has been shifted to a hospital.

(With inputs from ANI UP)