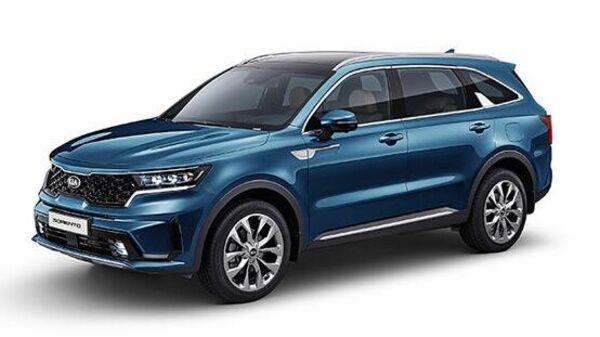 Eight Kia SUVs in the US will be recalled by the company because their spare tyres might be of the wrong size. These include five Sorentos and three Tellurides from the 2022 model year, all of which were built at Kia's plant in Georgia between March 28 and June 13 of this year. While all these have a spare tyre, the size is wrong.

As per the National Highway Traffic Safety Administration (NHTSA) documents, this recall was down to human error because someone on the assembly line simply put the wrong tyres in the vehicles. The plant makes the Sorento, the Telluride, and the K5 sedan.

While the 2022 Sorento should have a 17-inch spare tyre and the Telluride should have an 18-inch spare tyre, the ones put inside the affected vehicles are incorrect, though it is not clear what size tyre was installed on the affected vehicles. Having a wheel with wrong diameter could negatively impact the operation of the ABS and traction control systems, which could increase the risk of a crash.

As per this manufacturing error, the vehicles don’t abide by Federal Motor Vehicle Safety Standard 110 §S4, which requires, among other things, that every vehicle’s placard identify the tyre size designation for the tyres and spares. And since the latter is the wrong size, the placard placed is also wrong.

As for the recall, Kia will first reach out to all eight owners of the Kia SUVs by first class mail and then ask them to bring their vehicles into their nearest dealership. There, the spare tyres will be inspected, and any vehicles found to have the incorrect one will have it replaced. Apart from this, Kia has also implemented a new protocol at its plant in Georgia so as to make sure that the right size spare tyre makes it onto the right vehicle from now on.