Kia announced that it will achieve carbon neutrality by 2045.Kia is also gearing up to introduce its next electric vehicle, Kia EV9 on November 17.
By : HT Auto Desk
| Written By : Debolina Chakraborty
| Updated on: 12 Nov 2021, 11:15 AM 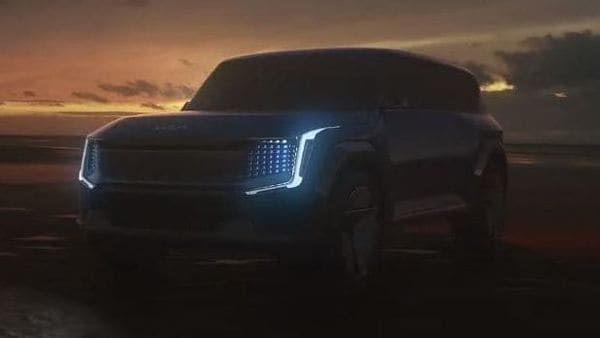 Kia EV9 concept is all set to make a debut on November 17.

Kia has declared that it pledges to become a carbon-neutral brand through its Kia Sustainability Movement by 2045. The automaker stated that through this move, it wants to create sustainable mobility solutions for consumers, communities, and global society. Kia explained that it will achieve its carbon neutrality goal based on three key pillars, sustainable mobility, sustainable planet and sustainable energy.

Kia also said that it wants to convert its internal combustion engine lineup to fully electric in Europe by 2035 and will introduce only EVs around the globe by 2040. It is also working with suppliers to reduce carbon emissions from the parts supply stage. The automaker also aims to bring in an emission monitoring system for its partner companies by 2022 and will provide solutions to its suppliers based on the resulting data. Kia is also planning to steadily switch towards green steel as the steel industry is one of the biggest contributors to carbon emissions. The company also informed that it will transition all company fleet vehicles to electrified vehicles by 2030.

Hosung Song, president and CEO of Kia said that the company is committed to its sustainability goals. “For us, it is not only about setting goals and reaching targets. It is about setting a vision that will inspire others to join the movement to benefit humanity and protect the environment," he added.

Kia also recently revealed the official pictures of its upcoming Concept EV9 that is based on the Global Modular Platform (E-GMP) architecture that follows the footsteps of the Kia EV6. The company conveyed that EV also incorporates upcycled materials developed from ocean waste. Stating it as the brand's vision in the SUV segment, Kia EV9 will make its global debut on November 17.