Kia India plant is now at 100% capacity utilization and the addition of a third shift is likely to bring down waiting period for models like Seltos and Carens.
By : HT Auto Desk
| Updated on: 28 Feb 2022, 12:54 PM 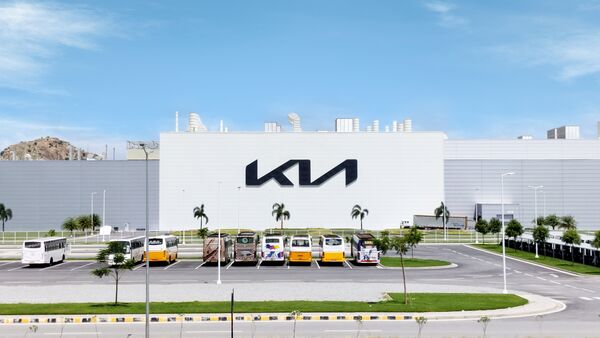 The Kia India facility in AP is spread over 530 acres and makes use of a number of cutting-edge technology to manufacture vehicles.

Kia India has ramped up production capacity at its state-of-the-art manufacturing facility in Andhra Pradesh's Anantpur and informs it is now ready to roll out three lakh units from here each year. Bolstered by the largely positive response to the Carens, its most-recent product for India, Kia has added a third shift to the manufacturing process.

Attributing the ramp up in production to increase in demand for its car models - the list includes Seltos, Carnival, Sonet and now the Carens as well, Kia India says its manufacturing facility is now at 100% capacity utilization. The move is likely to also bring down waiting periods for Kia vehicles in the country while further propelling the facility as a major hub for exports to overseas markets. “We are extremely happy to share the commencement of third shift at our Anantapur plant. We have hired additional manpower and aligned resources to minimise the waiting period on Kia cars and help us cater to the high demand in domestic and international markets," said Tae-Jin Park, MD and CEO of Kia India, in a press statement issued by the company. "India is a strategic market for Kia globally and all our products have received an overwhelming response here. As a committed carmaker, it is our duty to ensure faster deliveries to our customers and the beginning of third shift will ensure just that."

Kia India recently crossed 5 lakh dispatches from the Anantapur plant, including 4 lakh domestic sales and 1 lakh exports. The company has exported cars to more than 91 countries in the Middle East, Africa, Central & South America, Mexico and Asia Pacific, since it started shipping Seltos.

Kia made its India debut in 2019 with the launch of Seltos SUV. While Seltos remains a strong performer here, Sonet sub-compact SUV too has fared reasonably well despite the long list of rivals. All eyes though are now on Carens which is a crossover between an MPV and an SUV. Priced starting ₹8.99 lakh ( introductor and ex showroom), the three-row vehicle is offered in both petrol as well as diesel, and in multiple transmission options.