Kia Motors, Dodge ranked No. 1 in J.D. Power Initial Quality Study in US

The study is based on the number of problems that new car owners report which can cover both technical faults as well as certain factors that may be a concern for some owners and not for others.Tesla fared the worst but there is a key factor that may have affected its ranking.
By : HT Auto Desk
| Updated on: 25 Jun 2020, 20:38 PM 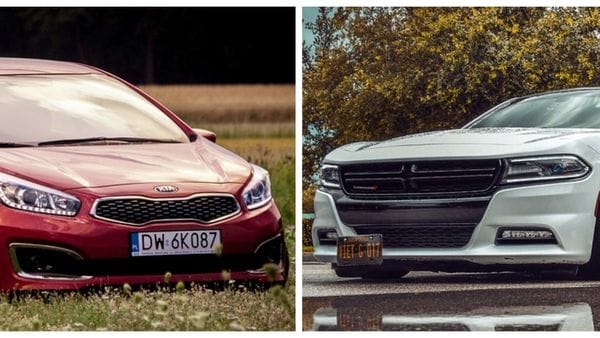 Kia Motors and Dodge were together crowned numero uno in the 2020 edition of J.D. Power Initial Quality Study in the US based on the number of problems reported per 100 vehicles vis-a-vis other auto makers. There were 136 problems per 100 cars reported by each of these two car makers which was better than all others in the country.

The study is based on the number of problems that new car owners report which can cover both technical faults as well as certain factors that may be a concern for some owners and not for others. "Returning to number one in the industry and the top of J.D. Power's U.S. Initial Quality Study among all mass-market brands for the sixth consecutive year is an enormous honor and a reminder to keep striving to be the best we can be," said Sean Yoon, President and CEO, Kia Motors North America & Kia Motors America, in a press statement issued by the company.

The study took into account responses from 87,282 people and covered 189 vehicle series across 26 segments. Vehicles were evaluated on driving experience, engine and transmission performance and a broad range of quality issues reported by vehicle owners.

While it was a strong statement of intent from Kia, the company had to share the top spot with Dodge. Interestingly, it is for the first time that an American car maker has taken the top mantle, even if it had to share the honours.

The two companies were ahead of Chevrolet, Ram, Genesis and Mitubishi. The others making the top-10 in the list were Buick, GMC, Volkswagen, Hyundai, Jeep and Lexus.

While it may surprise many, electric car giant Tesla scraped the bottom of the study with an adjusted 250 problems per 100 cars reported. The 'adjusted' figure is because Tesla cars were only surveyed based on data available in 35 states in the country. The company had reportedly not given permission to J.D. Power to survey owners in 15 other states, according to US media reports.