Japan to bid farewell to new petrol cars by 2030s, focuses on hybrid and EVs 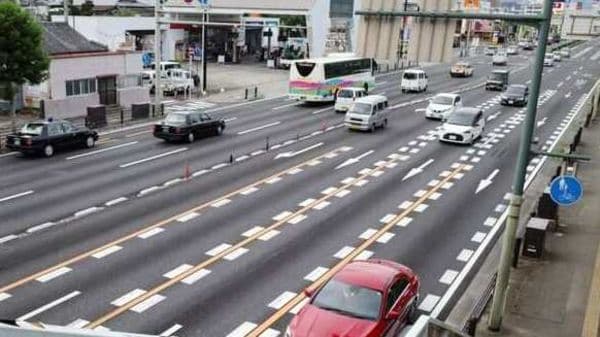 File photo of vehicles moving across a traffic junction in Beppu, Japan.

All new vehicles sold in Japan by the mid-2030s will be hybrid or electric as the government begins to unveil concrete steps for reaching its goal of becoming carbon neutral by 2050, broadcaster NHK said.

Japan’s economy ministry is targeting “100% electrification" over approximately 15 years, a move that would gradually bump gasoline-engine cars out of the new car market, NHK reported, citing unidentified sources. A spokesperson for the ministry couldn’t immediately confirm the report.

A new vehicle market consisting of only hybrid and electric automobiles would be a significant shift, given they only make up about 29% of Japan’s 5.2 million new motor vehicle registrations, according to Japan’s Automobile Manufacturers Association. While Toyota Motor Corp. popularized hybrid vehicles with the Prius and the country’s automakers are among the world’s top producers in the segment, the domestic market for electrified vehicles has plateaued in recent years. Last year, both plug-in hybrid and EV registrations fell year-on-year, JAMA data show.

With its latest plan, Japan joins a slew of other countries seeking to reduce their carbon emissions by moving away from gasoline vehicles over the coming decades. The UK said last month it would end the sale of new cars that run only on fossil fuels by 2030. France has also pledged to take new gasoline and diesel-powered vehicles off the market by 2040.

Prime Minister Yoshihide Suga unveiled an ambitious goal to decarbonize Japan in his first policy speech to parliament in October, but few details were provided on how the country will achieve the target. Japan’s carbon emissions have been on a downward trend, but they need to fall faster to meet the 2050 goal, according to an analysis from Bloomberg New Energy Finance.

Japan’s economy ministry plans to formally set targets by the end of the year, according to NHK.