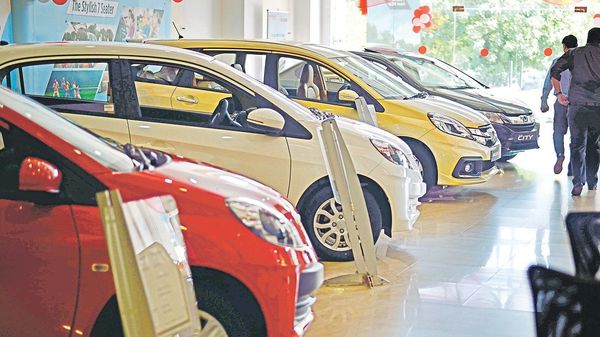 Retail sales growth has been sliding since August last year amid tightening credit, dismal customer sentiment and a lack of clarity in the transition towards BS 6 emission norms.

Union Minister Dharmendra Pradhan on Tuesday said that India has joined the league of select-few countries to have made a direct transition from BS 4 vehicle engines to BS 6.

"Keeping his promise to fight climate change and improving quality of life, including tackling the menace of air pollution, under Prime Miniter Narendra Modi's leadership, India has joined the league of select-few countries to have leapfrogged directly from BS 4 to BS 6," Union Minister for Petroleum and Natural Gas and Steel tweeted.

This comes at the backdrop of Narendra Modi's commitment made in an address at the UNESCO headquarters in August 2019 to complete COP 21 emission targets set for 2030 in about one and a half years.

"Moving towards a cleaner future, this bold step to leapfrog from BS 4 to BS 6 grade fuel is a testimony of Modi govt's efforts towards achieving the commitments made at COP 21," he said.

Earlier, India had signed the agreement on climate change in 2016 and became the 62nd nation to join the deal.

India plans to reduce its carbon emission intensity and aims to fulfill 40 per cent of its power needs from non-fossil fuels by 2030. To achieve the same, it is shifting majorly from coal-based power generation to renewable energy sources.