It's been in development for 10 years and Honda has been teasing it for the past 12 months. However, despite the leaks, off-record briefings and official previews, Honda has still managed to surprise everyone with the official unveiling of the RC213V-S.
By : AFP
| Updated on: 12 Jun 2015, 03:03 PM 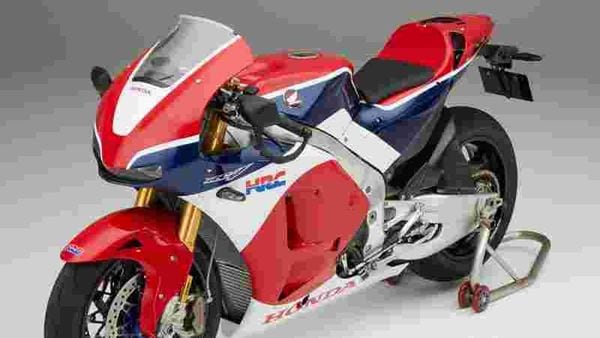 It's been in development for 10 years and Honda has been teasing it for the past 12 months. However, despite the leaks, off-record briefings and official previews, Honda has still managed to surprise everyone with the official unveiling of the RC213V-S.

The new bike is literally a road-legal version of the RC213V -- that's the bike that won the 2013 and 2014 MotoGP World Championships. However, the surprise the new bike is generating isn't because of the technical proficiency with which Honda has handled the transition. Nor is it due to the road-going MotoGP bike's performance figures. The amazement is due to the asking price -- €188,000, which is supercar, not superbike money.

The RC213V-S is going to be incredibly rare -- Honda is going to strictly limit production numbers -- but exclusivity alone isn't enough to justify the price. For such sums the bike will have to go like a rocket, too.

And this is where some have raised concern. The Grand Prix-winning bike develops over and above 235bhp from its 999cc V4 engine and that power plant is mated to Honda's phenomenal dual clutch transmission for lightning quick changes without easing off the throttle.

The road-going version has 157bhp and a traditional transmission. It's also 20kg heavier. However, that's because unlike road legal bikes, racers don't need headlamps, brake lights, indicators, instrumentation, exhaust mufflers, catalytic converters, a starter, ignition, a key, or a kickstand. All of which add weight.

So far, its vital statistics, other than its price tag are in line with a host of other incredibly potent racers already on the market, and at a fraction of the price.

However, Honda does have one more trick up its sleeve. That €188,000 includes an optional racing kit for improving pretty much everything, but is only for on-track use.

Still, no amount of engine or performance data will give potential owners an idea of how the machine will handle. And if it's as poised as its true racing brethren, that could well go some way to justifying the fee.

Honda will start taking orders for the RC213V-S on July 13 from European, Australian, North American and Japanese clients. However, be warned, the performance kit is not currently an option for the US model.