Hertz to pay $650 million to halt lender fight over fleet 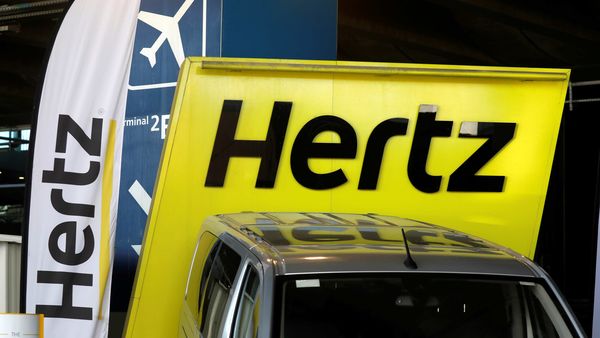 Hertz Global Holdings Inc. agreed to pay lenders who indirectly control the company’s fleet of rental cars $650 million under a deal to suspend a bankruptcy court fight over the vehicles, according to court documents.

Under the accord, Hertz will for the rest of the year halt its effort to cancel some of the nearly 500,000 leases on the cars the company rents out to consumers. A separate Hertz entity owns the vehicles, which the company leases back under a contract that gives lenders strong collateral rights.

Hertz will likely pay less that it would normally owe the lenders, who the company blamed in part for pushing it into bankruptcy in May. Under the vehicle lease contract, Hertz must not only pay regular rent for each car, but also a fee to cover depreciation as the fleet ages and loses value over time.

“It seems like this is a minimum payment for depreciation of vehicles in the fleet," said Philip Brendel, a senior distressed-debt analyst with Bloomberg Intelligence.

The company will ask US Bankruptcy Judge Mary Walrath to approve the settlement at a court hearing scheduled for July 24. It filed its proposed resolution in Wilmington, Delaware just before midnight on Monday. A representative of Hertz did not return an email requesting comment.

Since filing for bankruptcy in May, Hertz has been fighting with lenders who funded the purchase of its vehicle fleet and are repaid through the lease deal. The two sides have been at a standoff over how best to shrink the Hertz fleet and still maintain regular payments to the lenders. File photo: A logo of car rental company Hertz is seen on a building during the coronavirus disease (COVID-19) outbreak in Nice, France. (REUTERS)

The deal ends a spat over how much Hertz must pay in 2020. In January, should there be no permanently resolution, the company can return to court and renew its request to cancel some of the leases.

The cars are housed in an entity linked to Hertz’s asset-backed securities and leased to the rental giant. Normally, when a company with ABS files for bankruptcy, it must choose to confirm or reject the entire master lease tied to the debt. If it keeps the lease, it has to continue making payments on the vehicles as it offloads them piecemeal. If it walks away, all of the collateral is liquidated to pay back bondholders. Hertz had sought to selectively reject leases for around 30% of the vehicles governed by the master lease.

In April, the Hertz owed $400 million to lenders. The company refused to pay that debt and was unable to reach an agreement to manage the growing obligation, so Hertz filed bankruptcy. At the time of the filing, Hertz said it owed creditors $135 million to cover the cars’ depreciation costs alone.

The pandemic hurt the company in two ways: fewer people are traveling and renting its cars and the value of the vehicles plunged earlier this year, which increased the amount Hertz owed to lenders.

Used vehicle prices have since rebounded, but Hertz is still doing a fraction of the business it normally would during summer travel season.

The case is Hertz Corp. 20-11218, US Bankruptcy Court, District of Delaware (Wilmington).