Both Farley and Harley CEO Jochen Zeitz are seeking to transform their century-old companies by embracing electrification.
By : Bloomberg
| Updated on: 12 Apr 2021, 08:43 AM 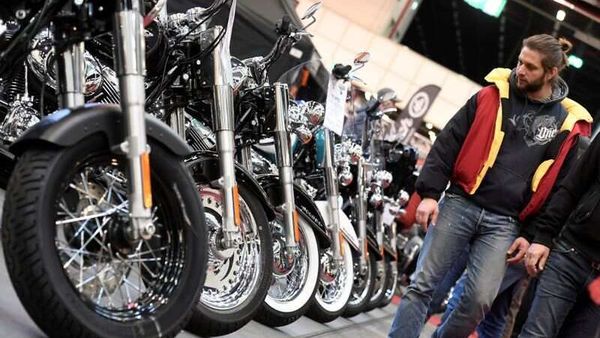 Harley-Davidson bikes are lined up at a bike fair in Germany. (File Photo)

Harley-Davidson Inc. nominated Ford Motor Co Chief Executive Officer Jim Farley to join its board, the latest move by CEO Jochen Zeitz as he seeks to revive the struggling motorcycle maker and prepare it for an electric future.

Farley’s nomination was disclosed in an April 9 letter to shareholders from Zeitz and included in a filing ahead of a May 20 annual shareholders meeting. Farley, who took the helm at Ford in October and is known for his love of car racing, owns multiple classic Harley-Davidsons. He is the only new board nominee.

Both Farley and Zeitz are seeking to transform their century-old companies by embracing electrification. Zeitz hired Milwaukee-based Harley’s first “chief electric vehicle officer" last month and was a champion of the brand’s first electric motorcycle, the LiveWire, when he served as a Harley board member. Under Farley, Ford has nearly doubled its spending to $22 billion to electrify its lineup.

Zeitz plans to invest more in Harley’s core heavyweight-bike segment -- a category that has been shrinking across the industry -- and set up a standalone electric-motorcycle division. The company sold 103,650 bikes in its home market last year, a 22% drop and the lowest level in at least a decade.

Harley-Davidson said last year it would add an independent director to its board as part of an agreement with activist investor Impala Asset Management LLC.

Ford and Harley-Davidson are two of America’s most iconic manufacturers — companies associated not just with manufacturing prowess but the American identity itself. For more than 10 years, Ford offered a Harley edition of its biggest money maker, the F-150 pickup, the best-selling vehicle of any kind in America for four decades.