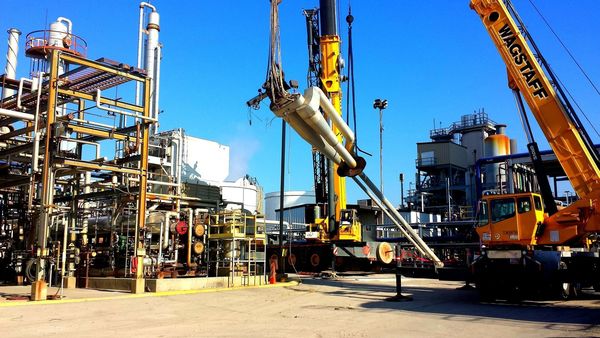 The first oil refinery shutdowns in India and Europe were announced on Friday while global refinery runs drop like a stone in response to plunging demand as countries worldwide implement lockdowns.

Italy's API said it would close operations temporarily at its Ancona refinery, which has capacity of 85,000 barrels per day (bpd). In India, top refiners Indian Oil Corp and Mangalore Refinery and Petrochemicals declared force majeure, with MRPL in the process of shutting down its entire plant.

Global fuel demand is set to drop by as much as 15% to 20% in the second quarter after the coronavirus pandemic, which has killed more than 22,000 people, halted most worldwide air travel and prompted the national lockdowns to keep people at home.

The resulting slump in demand for oil products, along with Saudi Arabia and Russia's decisions to increase crude output after last month's collapse of OPEC's oil supply pact, is expected to overwhelm refiners as storage capacity dwindles.

A source with knowledge of the matter said that Spain's Repsol would cut runs by about 10% at its complex refineries.

In Asia, home to more than a third of global refining capacity, India's top refiner IOC said in a letter to crude suppliers that it had reduced runs by up to 40% and closed its Panipat naphtha cracker plant because of sliding petrochemicals demand.

Meanwhile, operators in Japan, South Korea and Thailand - already running at reduced rates - are looking at more cuts even as they shut plants for maintenance.

India's Reliance Industries, operator of the world's largest refining complex, has made a rare move to sell prompt crude as it plans to cut output in April.

Several U.S. refineries have also cut production, including plants in the Los Angeles area, a busy hub for air travel, and Exxon's Baytown facility in Texas.

The Baytown plant, Exxon's largest in the United States, is shutting a gasoline-making unit as U.S. fuel demand tumbles.

(Also read: In some countries, transporting petrol may become costlier than petrol itself)

Overall products supplied in the United States fell by 2.1 million bpd in the most recent week, representing close to a 10% drop, while IHS Markit estimates that gasoline demand in the world's biggest oil consumer could drop by nearly half in the coming weeks.

In Europe, some refineries in Britain and Germany have scaled back production, with traders expecting many others to follow as demand falters. ExxonMobil's French subsidiary on Friday said it would adapt production to falling demand.

Independent refiner Phillips 66 said its first-quarter refinery utilisation rate was in the low-to-mid-80s range, with many refineries operating near minimum rates.

China is an outlier, having restarted its economy after weeks of lockdown, with its refining sector showing signs of recovery after a decline in the number of new virus cases.

Demand is likely to slump by 18.7 million barrels per day (bpd) globally in April, against a 10.5 million bpd drop in March, Goldman Sachs analysts said. Total annual consumption is expected to drop by 4.25 million bpd from 2019, they added.

"Such a collapse in demand will be an unprecedented shock for the global refining system," the analysts said.

The coronavirus pandemic has roiled financial markets, with oil hit particularly hard. Crude prices have crashed by about 60% so far this year - on track for the biggest quarterly loss on record.

Asian refiners are losing money as domestic demand dries up and bleak margins make for diminishing prospects from exports.

A complex refinery in Singapore stands to lose nearly $2 for every barrel of crude it processes, including losses of more than $6 a barrel on gasoline production, Reuters calculations show.

To make matters worse, some refiners have been unable to use the downtime for maintenance because of manpower shortages after lockdowns and travel curbs.

"This first quarter would be the worst first quarter we have ever seen as producing oil products was loss-making," said Cho Sang-bum, an official at the Korea Petroleum Association.

South Korea run rates fell to 82.8% in February, the lowest for the month since 2014. The cuts are unlikely to stop there, however, with demand for gasoline and diesel expected to fall 30% year on year in March, according to sources and data from the Korea National Oil Corp.

Japan is also considering more cuts after run rates fell nearly 7% for the first 12 weeks in 2020, data from the Petroleum Association of Japan showed.

The country's top refiner, JXTG, expects a record net loss of 300 billion yen ($2.7 billion) for its 2019/20 financial year, while Hyundai Oilbank is planning to cut expenses by 70% to help to offset the decline in margins.

In India, refiners are facing a tough situation with cash flow, an official at one of the state refiners said. Their tanks are full, retail income has virtually disappeared and they must continue to make payments for crude imports to avoid default, the official added.

U.S.-based Phillips 66 said it would cut expected capital expenditure by 18% in 2020 and that most units are running at minimum capacity. Demand is also sliding in Latin America, which had been the primary destination for U.S. refined product exports.

China, by contrast, is expected to lift average run rates by 3% year on year to 77% in the second quarter, from 63% in February, said Seng Yick Tee of Beijing consultancy SIA Energy.