Gasoline and diesel consumption is already strong China, India, Japan and Brazil.After wobbling in November, demand for gasoline and diesel is accelerating again.
By : Bloomberg
| Updated on: 11 Dec 2020, 06:36 PM 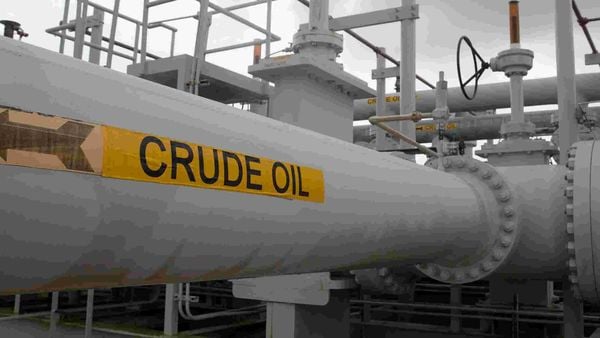 Global oil demand is rebounding after hitting a trough last month as ongoing strong consumption in Asia and Latin America, coupled with a recovery in Europe, more than offsets fresh signs of weakness in the U.S.

After wobbling in November, when several European nations imposed fresh lockdowns to combat the spread of Covid-19, demand for gasoline and diesel is accelerating again, according to an index compiled by Bloomberg News tracking dozens of high frequency indicators for road usage, and traffic in countries accounting for more than 70% of global petroleum consumption.

The measure last week rebounded to a two-month high, suggesting the impact of the most recent wave of coronavirus lockdowns on global oil demand is over for now. Road usage was down 24% last week compared with pre-pandemic levels. Thats a sharp improvement from mid-November when it was 30% lower.

Gasoline and diesel consumption is already strong China, India, Japan and Brazil. Now European motorists are hitting the roads again as governments relax national lockdowns in countries including the U.K., Spain, and France. On top, of that, road freight is sharply higher as companies rebuild inventories and the Christmas shopping season hits full swing.

“December will be our busiest on record," said Kristian Kaas Mortensen, an executive at Girteka Logistics, whose fleet of 7,500 trucks makes it Europe’s largest owner of the vehicles. The company is having to hire in extra trucks, as its own are already being fully utilized. “We have all our trucks pumping at full volume," he said.

On top of anecdotal evidence from streets in major cities around the world, Bloomberg News has been tracking dozens of weekly data points for gasoline and diesel demand in the world’s top 15 oil-consuming countries, from tolls on bridges in the U.S., to city traffic jams in Europe, and from Chinese pollution indicators to credit card activity at Saudi Arabian fuel stations.

The pick up in demand, together with fresh inflows of hot money into commodities, helped to push Brent crude, the global benchmark, above $50 a barrel on Thursday for the first time since March.

The rebound is likely to give the Organization of Petroleum Exporting Countries and its allies optimism that the market -- still suffering from subdued demand -- can limp through until some time next year, by which time a vaccine to halt the spread of the virus will further aid a recovery in petroleum consumption.

The OPEC+ alliance earlier this month approved a small increase in output of 500,000 barrels a day in the New Year, and it set to meet again on January 4 to discuss a further increase for February.

The road usage data point to a three-speed recovery, with Asia the strongest region, followed by Europe and the Americas. Demand for gasoline is at or near pre-Covid levels in China, India and Japan, respectively the world’s second-, third- and fourth-largest oil consumers.