Home Auto News Get Ready To Drive A Car With Flex Fuel Engine Next Year. Here Is Why

Get ready to drive a car with flex-fuel engine next year. Here is why 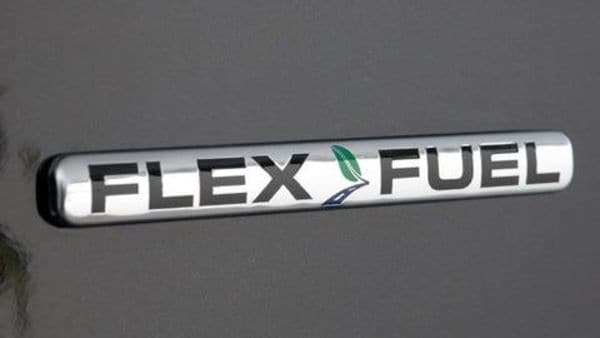 Indian car or two-wheeler buyers will soon get to buy their favourite vehicle with a flex-fuel engine at its heart. If Union Minister Nitin Gadkari's advisory is implemented in a timely manner, the first vehicles with flex-fuel engines may hit the markets by the summer of next year.

Days after issuing an advisory to carmakers to introduce flex-fuel engines in vehicles within six months, Union Minister for Road Transport and Highways Nitin Gadkari reiterated the need to make the switch soon.

In a series of tweets, Gadkari said that carmakers should start manufacturing flex-fuel vehicles and flex-fuel strong hybrid electric vehicles complying with BS-6 norms in a time-bound manner. Gadkari said that the plan is in line with Aatmanirbhar Bharat and the Centre's policy on promoting ethanol as a transport fuel.

Gadkari also reiterated how flex-fuel engines can reduce carbon emission to help India achieve the target committed at COP26. The move will also help India reduce its fuel import bill at a time when petrol and diesel prices have shot through the roof.

The Centre has introduced a Production Linked Incentive (PLI) scheme for carmakers, auto component manufacturers and auto components of flex-fuel engines to accelerate the introduction of flex fuel vehicles. Gadkari had earlier said that auto manufacturers like TVS Motors and Bajaj Auto have already started manufacturing flex-fuel engines for their two-wheelers and three-wheelers as well.

According to an official release, the Ministry of Petroleum and Natural Gas has stipulated that in addition to conventional fuel, the authorised entities are required to install a facility for marketing at least one new generation alternate fuel - Compressed Natural Gas(CNG), bio-fuels, Liquefied Natural Gas (LNG), electric vehicle charging points etc - complying with various statutory guidelines and immediate steps need to be taken to introduce flex-fuel engine vehicles.