Unlike its Detroit rivals, the German auto industry didn’t have to slash its workforce in the last recession. How times are changing.
By : Bloomberg
| Updated on: 02 Dec 2019, 03:30 PM 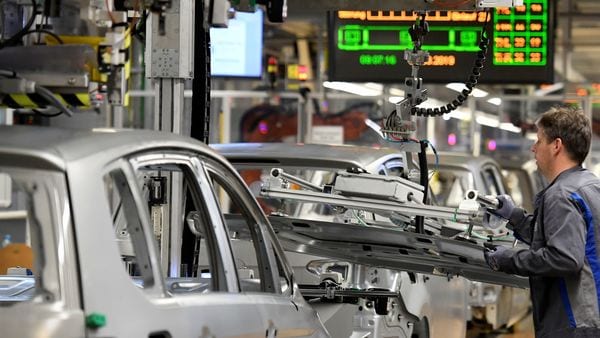 After a week in which Daimler AG and Volkswagen AG’s Audi announced thousands of job cuts, it’s easy to forget that the German car industry once seemed unassailable.

The 2009 recession forced a massive downsizing of America’s auto giants. General Motors Co. and Chrysler filed for Chapter 11 bankruptcy protection; Ford Motor Co. escaped a similar fate only by cutting its workforce to the bone. By contrast, Volkswagen, BMW AG and Daimler’s Mercedes-Benz overcame the crisis with barely a scratch. Afterwards they took full advantage as wealthy Chinese splurged on luxury German vehicles. Germany’s carmakers and their suppliers went on a hiring spree at home and abroad.

There were early signs of hubris: Volkswagen paid its chief executive officer 17.5 million euros ($19.3 million) in 2011. But Germany’s powerful trade unions made sure workers benefited too. In recent years production line staff at BMW and VW’s Porsche subsidiary took home almost 10,000 euros as an annual bonus. BMW spends an average of more than 100,000 euros per employee on salary, pension and social security costs, according to its annual report.

Now that jobs boom has come to a screeching halt, and not before time. An industry facing unprecedented upheaval can’t afford such largess.

The chief reason for the belt-tightening is, of course, the vast cost of moving beyond combustion engines. Volkswagen expects to spend an astonishing 60 billion euros on hybrid, electric and digital technology in the next five years. Doing this requires the hiring of even more people, but the products they’re developing aren’t always big money spinners yet.

For a time, the industry will have to provide a full range of propulsion options. For their factories this means “peak complexity" — to borrow a phrase from Mercedes’s management. Eventually, however, many of these factory workers will become unnecessary because electric motors are much simpler to build than diesel and gasoline engines. Last week's job cuts won’t be the last.

The German industry has been caught out too by an unexpected slowdown in demand. Continental AG, the supplier that’s cutting 20,000 jobs, expects production to stagnate over the next five years. Daimler said last month that sales haven’t matched its production capacity. Audi’s domestic plants are reportedly particularly under-utilized, not helped by the popularity of SUVs over sedans (the former tend to be built overseas).

Volkswagen, BMW and Daimler will still generate about 24 billion euros of net profit this year, according to analysts polled by Bloomberg. But the era of 10% operating profit margins — long a benchmark for German luxury carmakers — is over. Mercedes thinks 4% is more realistic next year.

The automakers therefore have to tackle their bloated fixed costs. In view of its spending commitments, Volkswagen was unwise to let its workforce swell to almost 700,000. That’s about 80% more than Japan’s Toyota Motor Corp., which builds a similar number of cars (though Volkswagen has a big truck unit too).

Volkswagen’s labor expenses have crept higher as a percentage of sales since the last recession. Doubtless this reflects the influence of the German unions and hence it’ll be very difficult to rectify. Like their peers, German employees at the Volkswagen brand have job guarantees until 2029.

Ultimately the German car jobs boom was a bet that demand would increase, combustion engines would have a long life and global trade would remain encumbered. Instead, the electric shift is happening faster than expected and Trump’s tariff crusades have turned the German industry’s global production presence into a liability.

Cars are superfluous for many young people today, and if they do buy one it will soon have a simple electric motor, not a combustion engine made of hundreds of intricate components. The hiring practices of German carmakers look like a bubble that’s burst.