Diesel prices remain higher than petrol in Delhi.Rising fuel prices in recent weeks has resulted in a massive political uproar.
By : HT Auto Desk
| Updated on: 02 Jul 2020, 09:07 AM 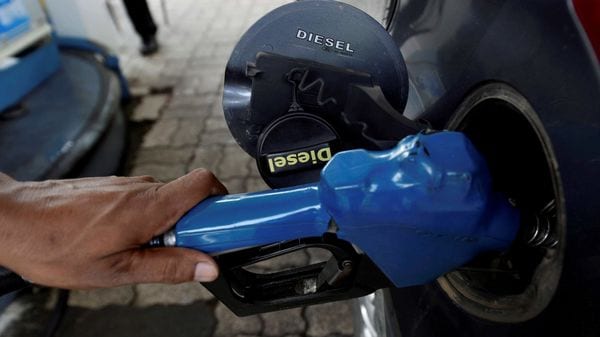 An employee refills diesel on a vehicle at a fuel station, in New Delhi.

Petrol and diesel prices in the country remain unchanged on Thursday - the third consecutive day of no price revision. Diesel, however, remains at a peak and continues to cost more per litre in Delhi than petrol.

Fuel prices have been soaring in the country since daily price revisions were resumed from June 7. These revisions took petrol and diesel prices to new highs, adding to the woes of consumers and igniting a furious political backlash. While people at large have been paying the higher retail prices, opposition political parties have accused the central government of trying to generate revenue at the cost of the common man. This is because taxes and levies - imposed by central and state governments - form a bulk of the final retail price.

Another factor that has made the high fuel prices stand out is that the global crude rate has been around $40 per barrel which is significantly less than what it was towards the end of 2019 and start of 2020.

Demands for including fuel prices under Goods and Services Tax (GST) were echoed in some quarters but its possibility was always bleak as state governments are reportedly against such a move.

Oil marketing companies have also been looking at cutting back on their losses and as such, the high fuel prices may have helped towards that cause.

Even though fuel prices have now not been changed for three days, these remain high with petrol over or well over ₹80 per litre mark in several cities