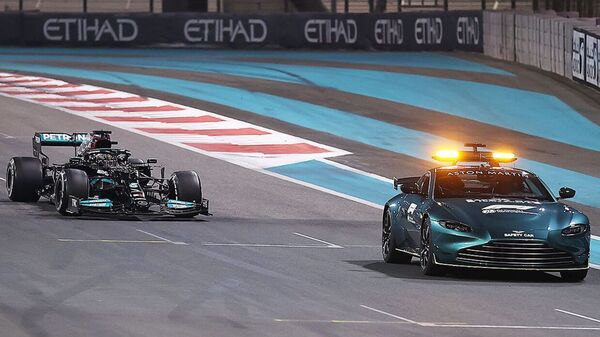 Federation Internationale de l'Automobile (FIA), the governing body of Formula 1 motorsport, has come out with new rules ahead of the season opener Bahrain Grand Prix next week. The FIA has released new set of safety car rules to prevent a repeat of the drama surrounding the title deciding 2021 Abu Dhabi Grand Prix. The upcoming F1 season will start from March 20 at the Bahrain International Circuit.

This allowed Max Verstappen to get an advantage over race leader Lewis Hamilton with only a few laps left to decide the eventual champion. Race director Michael Masi was replaced last month due to the fiasco after he changed the procedure in the closing laps at Abu Dhabi in a move that allowed Red Bull's Max Verstappen to overtake Mercedes' Lewis Hamilton and win his first Formula One World Championship.

A full report into the Abu Dhabi race is expected to be published during this weekend's opening Grand Prix in Bahrain.

FIA has also made minor changes to how points will be awarded for shortened races. It said that for races that are stopped between 50% and 75% of the full distance, fourth place will now get 10 points rather than nine. Seventh will get four rather than five. The new allocation will now be: 19-14-12-10-8-6-4-3-2-1.