Heavy Industries and Public Enterprises Minister Prakash Javadekar said the festival demand has shown year-on-year growth at 0.3 per cent in the passenger vehicle segment.
By : PTI
| Updated on: 18 Nov 2019, 07:23 PM 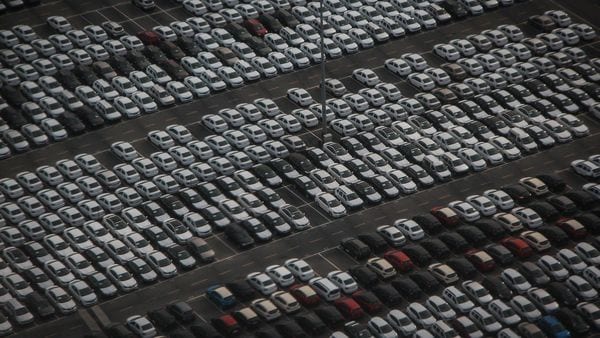 New Delhi, Nov 18 (PTI) Heavy Industries and Public Enterprises Minister Prakash Javadekar on Monday said a total of 11.7 million vehicles of all categories were sold this year as against 14.1 million units in the April-September 2018 period, but festive demand this year led to a 0.3 per cent growth in the passenger vehicles segment.

"There are cyclical slowdowns in many economies. 11.7 million vehicles (all categories) were sold in this year as against 14.1 million vehicles during April-September of 2018. But the festival demand has shown year-on-year growth at 0.3 per cent in the passenger vehicle segment," Javadekar said in a written reply to a question in the Rajya Sabha.

The government, as a policymaker, always attempts to keep and improve the momentum of the economy through a package of measures for comprehensive and continued development of the industry as and when required, Javadekar added.

Passenger vehicle sales in India rose marginally in October aided by positive festive season and introduction of new models in the utility vehicle space, snapping 11 months of continuous decline in sales, according to data released by the Society of Indian Automobile Manufacturers (SIAM) earlier this month.

The data also showed that passenger vehicle sales in October increased 0.28 per cent to 2,85,027 units, compared with 2,84,223 units in the year-ago period. Passenger vehicle in terms of wholesale had declined for the 11th consecutive month in September.