Union Minister Nitin Gadkari said that the Dwarka Expressway, expected to be operational next year, will be India's first elevated urban highway.
By : HT Auto Desk
| Updated on: 12 Jul 2022, 11:07 AM 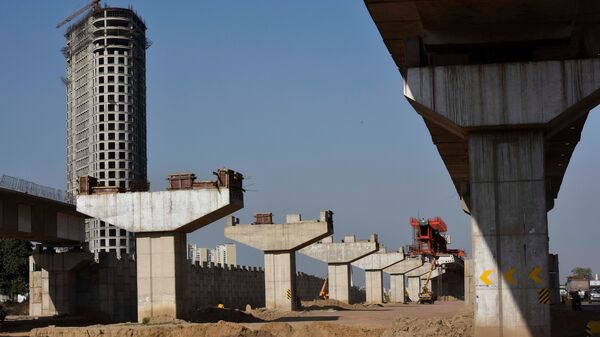 Union Minister Nitin Gadkari said that the Dwarka Expressway, expected to be operational next year, will be India's first elevated urban highway.

Travelling between Delhi and Gurugram will become easier as the Dwarka Expressway, also known as the Northern Peripheral Road, is set to be completed within a year. Union Minister Nitin Gadkari has announced that the 29-km 16-lane expressway will be opened for public use next year. He also said that the Dwarka Expressway, once completed, will become the first elevated urban expressway in India. It is aimed to reduce traffic on Delhi-Gurugram Expressway, which is a part of Delhi-Jaipur-Ahmedabad-Mumbai section of the Golden Quadrilateral.

Here is a look at some of the key features of the Dwarka Expressway.

The Dwarka Expressway, or the Norther Peripheral Road, stretches 29 kms. It connects Dwarka in Delhi to Gurugram in Haryana. The expressway starts at Shiv-Murti on NH-8 or the Delhi-Gurugram Expressway, and ends near Kherki Daula Toll Plaza, through Dwarka Sector 21, Gurugram border and Basai. Around 19 kms of the expressway falls in Haryana while the rest of the 10-km stretch is in Delhi.

The Dwarka Expressway will have a total of 16 lanes. It will also have provision for a 3-lane service road on each side for easy access and exits. It will have four interchanges, which include tunnel or underpass and elevated flyover, for this purpose. The Dwarka Expressway will also have the longest and widest urban road tunnel measuring 3.6-km in length and 8 lanes in width.

According to Gadkari, the expressway will help commuters with an alternate route to reach the Indira Gandhi International Airport. It will also help to reduce about 50 per cent traffic on National Highway 8.