Ashok Leyland has announced 16 days non-working days for its facility in Ennore, five days at Hosur (Tamil Nadu) unit, 10 days each in Alwar (Rajasthan) and Bhandara (Maharashtra) unit and 18 days in Pantnagar (Uttarakhand) facilities.
By : Chennai
| Updated on: 09 Sep 2019, 10:04 PM 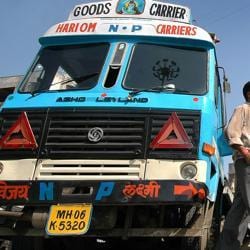 Citing continued weak demand, global Medium and Heavy Commercial Vehicle (M&HCV) major, Ashok Leyland, has declared production holidays at its various plants across the country for the month of September.

While the plant at Ennore in north Chennai has 16 days of non-working days, it is 18 days for the Pantnagar plant in Uttarakhand.

In a regulatory filing, the flagship company of the multinational Hinduja group, the auto giant said, "We write to inform you that the following are the non-working days at our various plant locations during September 2019, due to continued weak demand for our products."

This announcement comes close on the heels of last week's announcement of a five-day holiday for the Ennore plant, where it is said to affect 5000 employees, including 3000 contract workers. And according to the earlier notice to the employees, the wages for these days would be decided in consultation with the Employees' Union.

Apart from Ennore and Pantnagar, other plants having non-working days are Hosur 1 and Hosur 2(10) and CPPS (5 days), Alwar in Rajasthan (10 days) and Bhandara in Maharashtra (10 days).

Ashok Leyland is the second largest manufacturer of M&HCV in the country and employs a huge workforce. According to reports, the company's sales this year had witnessed a 28 per cent decline compared to last year.

Meanwhile, the auto ancillary units, especially foundries in Coimbatore are facing a crisis. Most of the foundries are supply chains to auto majors and, according to industry sources, a very large number of small and medium foundries have been forced to reduce their usual three shifts to just one. "As a consequence, migrant labourers from north and eastern India employed in these units have left in thousands. Gradually they have left over the last few months as we could not provide them work," says Mani Raj, President of Small and Medium Foundries Association.