Both 0% offers and longer-term loans are buoying demand in the US auto sector at a time when large swaths of the country are under stay-home orders.However, even with all the discounts, April was a painful month. Edmunds estimated that industrywide deliveries fell 53% from a year ago.
By : Bloomberg
| Updated on: 02 May 2020, 02:34 PM 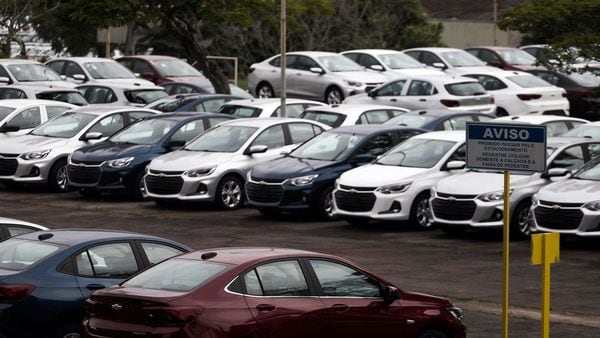 More than one in every four new vehicles sold in April did so with 0% loans, according to market researcher Edmunds. By opening up the lending spigots, the U.S. avoided a reprise of the almost 80% drop automakers experienced in China in February, the month the coronavirus hit the world’s largest car market hardest.

Both 0% offers and longer-term loans are buoying demand at a time when large swaths of the country are under stay-home orders and many dealerships are forced to keep showrooms shut. While the Federal Reserve’s interest-rate cuts are making it easier for automakers to dangle the deals, their lenders still are forgoing revenue they’d make in more normal times.

“I think 0% is an important tool in our toolbox and will continue to be offered for a while," said Randy Parker, the vice president in charge of sales for Hyundai Motor Co.’s U.S. subsidiary. After other automakers offered no-interest financing, the company “wanted to remain competitive in the marketplace."

Hyundai’s U.S. sales fell 39% last month, while Toyota Motor Corp. and Honda Motor Co.’s both plunged by more 50%. Through May 4, the South Korean car maker is offering zero-interest financing for seven years on the Tucson crossover and Elantra sedan, and for six years on the Santa Fe sport-utility vehicle.

Toyota changed its incentive and marketing programs on April 22 to better align with deals elsewhere in the industry, including offering 0% for five years on core vehicles such as the RAV4 SUV, Camry sedan and Tacoma mid-size pickup.

But it has resisted offering terms longer than 60 months, viewing that as harmful to resale values and therefore risky for car buyers. “We’re not into zero-for-84 months," said Bob Carter, executive vice president for sales at Toyota Motor’s North American unit. “It’s not only not healthy for the industry, but also for the consumer."

Even with all the discounts, April was a painful month. Edmunds estimated industrywide deliveries fell 53% from a year ago, the worst month in at least three decades. The industry’s annualized sales rate slowed to 8.6 million, according to Ward’s Automotive Group, the worst reading in at least 45 years.

“April is likely the bottom for auto sales, so hopefully there’s only room for improvement from here," Edmunds analyst Jessica Caldwell said in a statement. “Although automakers are doing their part by offering landmark incentives, those might not be enough if consumers cannot recover financially from this crisis."