Home Auto News Did Your Vehicle Fail Pollution Test? Here Are Five Things To Do Next

Did your vehicle fail pollution test? Here are five things to do next

Vehicle emissions are one of the biggest reasons for spikes in pollution levels across cities in India. And a vehicle with an expired pollution-under-control certificate invites hefty penalty.
By : HT Auto Desk
| Updated on: 13 Oct 2021, 10:46 AM 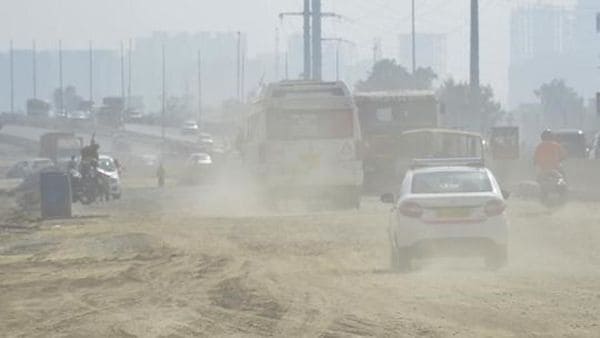 With the onset of the winter months in the country, several cities including the national capital region choke under a haze of toxic air. And much of the blame is often put on the vehicular emission levels in several cities which lead to spike in pollution levels. As such, pollution tests are mandatory for vehicles plying on Indian roads and any violation can and does attract a hefty penalty.

But just taking your vehicle to a pollution test center may not be enough; the vehicle has to pass the test as well. And what if it is unable to?

Regardless of whether a vehicle runs on petrol, diesel or even CNG, it may not meet the requirements of a successful pollution-under-control test and there may well be a several factors for it. And while older vehicles may struggle in the test more, there is no assurance that a relatively newer vehicle will sail through.

Factors such as how a vehicle is maintained or driven, among others, play an important role in its emission levels and aggressive or rash driving is likely to take a toll on the machine.

Worry not though because here is a five-point guide to what may be wrong and how you can get the problem(s) fixed:

*The person responsible for conducting the pollution test on vehicles often advise motorists to drive around the vehicle for some time before returning for a test. This may well be a quick-fix solution to pass the test but is not sure shot. What it does claim to do is get the vehicle's parts running at near optimum rather than remain in cold conditions which may have some positive impact on the pollution test result. This is mostly in the case of diesel vehicles.

*It is often advisable to have a qualified technician take a look at the vehicle because there may be something actually wrong or malfunctioning. For instance, the air injection system may need a complete check as a fault here could raise carbon monoxide and hydrocarbons.

*It is also advised to have a qualified technician check the ignition system which may have developed faults. Factors like sparkplug fault or dirty fuel injectors may have a detrimental role in the pollution tests.

*Vehicles have an oxygen sensor which is tasked with calculating the level of oxyegn in the exhaust gas. If this is not working as it should, it could lead to high emission levels, or even something far worse.

*Get the catalytic converter checked as any damage here will definitely have a negative impact on the emission levels.

Regular servicing and other maintenance works may well ensure that a vehicle runs at the optimum level at all times and if and when a pollution test beckons, it is able to pass it without any trouble.

(Note: The above points are for reference only)