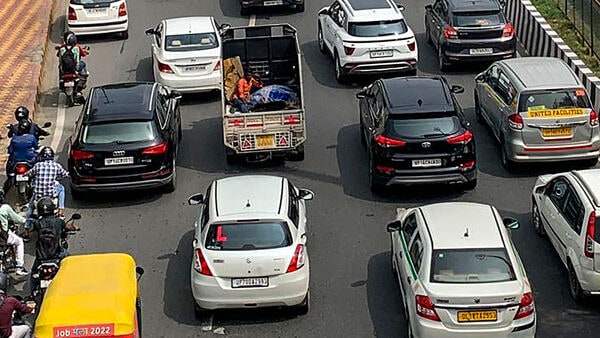 The government of the national capital is planning to look into the ‘practical problems’ that can arise from the proposed ban of the BS 4 diesel vehicles in the city if air pollution rises to the ‘severe plus’ level. The city's Environment Minister Gopal Rai has said that the government will take a call after holding discussions with people.

The Commission of Air Quality Management (CAQM) has for the first time recommended Delhi and NCR states to impose the ban on diesel four-wheelers when the air quality index (AQI) breaches the 450 mark, as part of the city's new policy to curb air pollution in Delhi-NCR.

If implemented, this ban will impact around 9.5 lakh diesel vehicles, including private cars. This could also lead to a crisis for commuters if the city does not make enough arrangements at the right time. "The commission has recommended banning BS 4 diesel vehicles in emergency situations. We will further examine it. Look into the practical problems and take a call after holding discussions with people," Rai told PTI.

The minister also said that to implement CAQM's new policy properly, states will need political will power. The problem of air pollution in Delhi-NCR persists despite several directions by the Supreme Court, Central Pollution Control Board, and CAQM because neighbouring states are not serious about implementation, Rai said.

He further said that the issue of air pollution issue in the region can only be resolved through a panel of state environment ministers which should meet once every month.