The electric vehicle named Lyriq will be key to Cadillac’s efforts to restore the struggling brand’s prestige and battle Tesla for luxury buyers.
By : Bloomberg
| Updated on: 11 Mar 2020, 03:21 PM 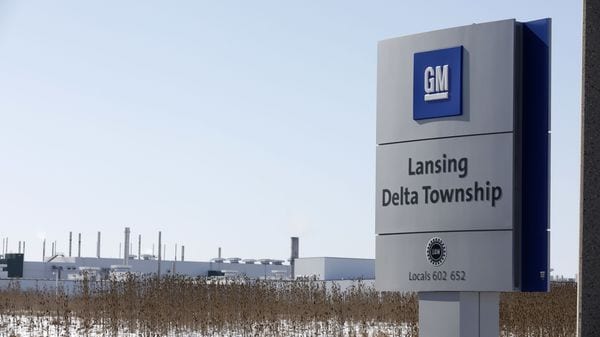 The arrival of the all-electric future that General Motors Co.’s Mary Barra touted last week will have to wait because of the new coronavirus.

The automaker on Monday called off the early-April unveiling of the Cadillac Lyriq crossover, the first of several battery-powered models Barra has said will debut in the next few years. Worse yet, the boost GM shares got when she made the case the company can compete with Tesla Inc. was short-lived. The stock was hit hard by the virus-related market rout, falling the most since the carmaker’s November 2010 initial public offering.

Cadillac is reevaluating plans for rolling out the Lyriq now that it won’t be introduced at the canceled April 2 event in Los Angeles, according to a spokesman. The vehicle is the first GM will build using the new battery and electric-drive system the automaker showed off to investors and media last week. The battery packs and modular architecture GM is calling Ultium will serve as the base of models ranging from small Chevrolet compact cars to big Hummer trucks and sport utility vehicles. The Lyriq will be key to Cadillac’s efforts to restore the struggling brand’s prestige and battle Tesla for luxury buyers.

The Covid-19 virus also is affecting GM’s day-to-day operations. The automaker is instructing employees to have meetings with suppliers and vendors over video calls instead of in-person meetings, according to Jim Cain, a spokesman. The company is trying to limit travel and contact with people outside the Detroit-based company to protect workers, he said.