Home Auto Bmw To Pay Homage To The 3.0csl At Car Show

BMW to pay homage to the 3.0CSL at car show

BMW has announced that its big concept car reveal for this year's event will be a modern-day interpretation of its formidable 3.0 CSL coupe of the 1970s -- the car which really established the company's racing credentials.
By : AFP
| Updated on: 22 May 2015, 08:33 AM 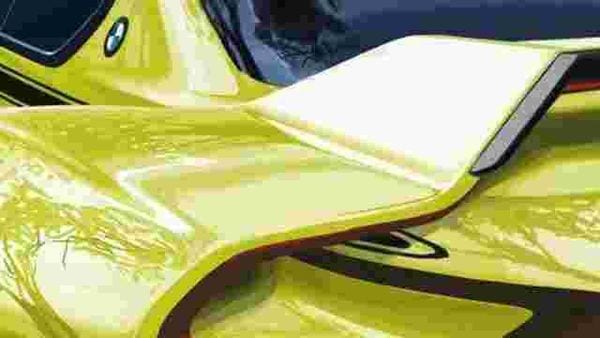 BMW has announced that its big concept car reveal for this year's event will be a modern-day interpretation of its formidable 3.0 CSL coupe of the 1970s -- the car which really established the company's racing credentials.

Every year, the Concorso d'Eleganza Villa d'Este, an event that is equal parts incredible scenery and fabulously rare and exotic classic car show, thanks to its location on the banks of Lake Como, Italy, honors a particular aspect, decade, model or marque in automotive history.

And 2015 will be no exception because when the Concorso d'Eleganza Villa d'Este opens its doors to the public on May 22, it will do so to celebrate the jet-setting style of the 1970s.

Therefore, it should come as little surprise that the BMW 3.0CSL will be one of the potential stars of this year's event.

With its exaggerated chin spoiler, huge rear wing and massive, flared rear air intakes, it not only dominated touring car and endurance racing, the BMW 3.0 CSL was also the first car built by the company that children wanted to pin to their bedroom walls alongside posters of Ferraris, Lamborghinis and Porsches.

The 3.0CSL was also the very first 'Art Car'. In 1975, US artist Alexander Calder decided to use one as a canvas and by the end of the decade, Andy Warhol, Frank Stella and Roy Lichtenstein had also followed suit.

This year's event will see those initial Art Cars reunited for the first time alongside the most recent effort, from Jeff Koons. All of which will provide the perfect backdrop for this year's show concept.

Called the BMW 3.0 CSL Hommage and thus far merely teased with cropped images, it promises to be a modern-day reimagining of the iconic coupe, complete with the spoilers and air intakes. But as well as capturing the original car's looks, BMW's design team claim that the new concept also reflects the original's philosophy. The 3.0 CSL Hommage will be seriously lightweight and stripped back, thanks to carbon fiber and every feature inside and out will be there to serve a clear purpose rather than to serve an aesthetic need.

Very few show cars that BMW brings to the Concorso d'Eleganza Villa d'Este ever go close to becoming a production reality. However, the company is strongly tipped to be resurrecting the CSL nameplate as a sub brand to distinguish its most extreme, stripped-back race-focused road cars of the future.