Five years ago, Motherson Sumi set a target of consolidated net sales of $18 billion by 2020, and it managed less than $12 billion, as the coronavirus hit and India saw its worst-ever slowdown in automobile sales.
By : Bloomberg
| Updated on: 24 Aug 2020, 11:50 AM 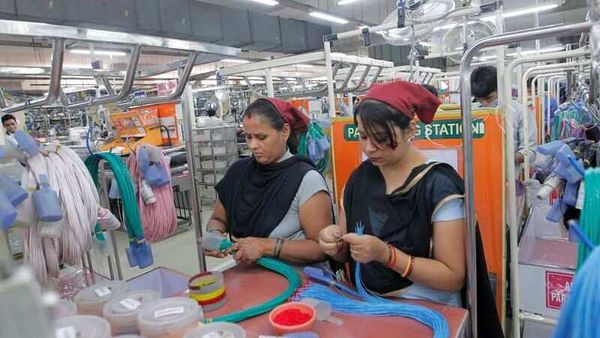 Vivek Chaand Sehgal has a track record of achieving the seemingly impossible. His company, a sprawling parts supplier to the world’s biggest carmakers, has exceeded its five-year target every time bar one in the past quarter century.

His latest goal is equally daunting -- Motherson Sumi Systems Ltd. is targeting to triple annual sales to $36 billion by 2025. Sehgal, 63, plans to achieve that by doing what he does best: dealing. Or more specifically, in light of the coronavirus pandemic, buying up distressed companies as they run out of money.

“There’s a lot of pain in the system," Sehgal said. “We believe that our basic philosophy of solving the problem with the customer, that will give us multiple opportunities in the coming months -- somewhere around October, November, you will start to see and hear that we’re going ahead and taking over companies."

It’s an approach that’s become a hallmark of Sehgal’s Samvardhana Motherson Group, which he founded with his mother -- hence the name -- in 1975. A joint venture in 1986 with Japan’s Sumitomo Wiring Systems Ltd. to supply to India’s first locally manufactured car, among others, set the small trading house on the road to much greater things. Since 2007, Motherson Sumi has completed more than a dozen M&A transactions globally, sometimes buying firms twice its size. It now sells everything from interior trims to wiring harnesses, bumper bars, door panels and lighting.

A prime example of Sehgal’s eye for cheap assets is the 2009 acquisition of U.K. group Visiocorp Plc. With the global economy in tatters after the collapse of Lehman Brothers Holdings Inc., a German customer approached Motherson to save the company. After much deliberation, it bought the firm -- twice its size with 660 million euros ($782 million) in sales -- for just 26.5 million euros, becoming the world’s largest maker of rearview mirrors overnight. 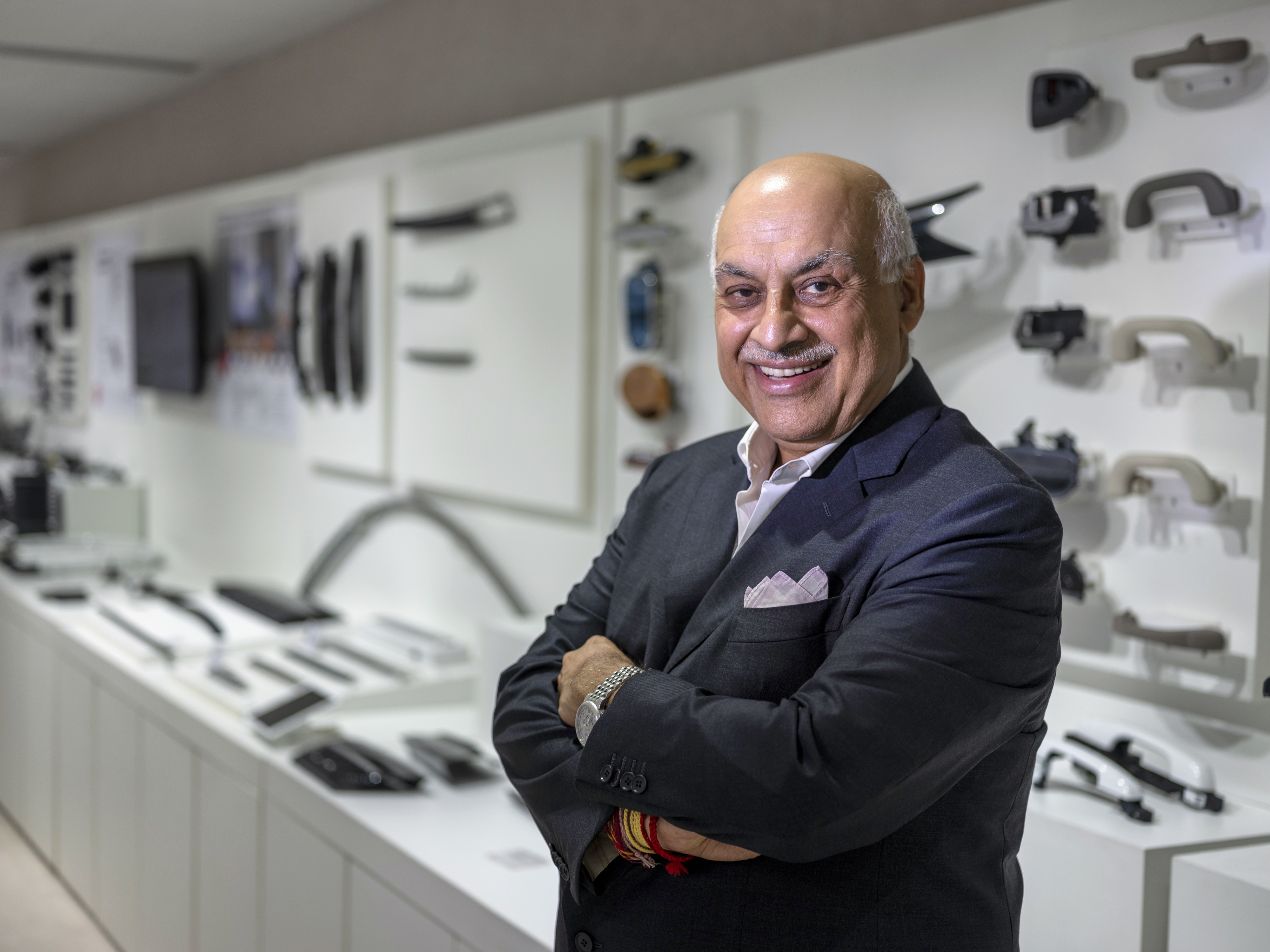 Vivek Chaand Sehgal, founder and chairman of Motherson Group, poses for a portrait at the company's head office in Noida, Uttar Pradesh, India, on Monday, Aug. 17, 2020. Motherson Sumi Systems Ltd., a sprawling parts supplier to the world's biggest carmakers, is targeting to triple annual sales to $36 billion by 2025. Sehgal plans to achieve that by buying up distressed companies as they run out of money in light of the coronavirus pandemic. Photographer: Prashanth Vishwanathan/Bloomberg (Bloomberg)

As much as 80% of Motherson’s targeted consolidated revenue over the next five years will come through acquisitions, as well as entry into new segments like medical devices, aerospace, security systems and logistics, Sehgal said. Small- to medium-sized companies will run out of cash before bigger firms, providing Motherson with new targets, he said.

Motherson doesn’t have any pre-determined size or geography when it comes to M&A. Rather it maintains a focus on helping customers keep their production lines running. The collapse of even a small supplier can halt output, Sehgal said. “The solution doesn’t look for a size. Solution means if it’s a 10-million-euro company, I will still take it over if it’s stopping the line of my customer, and even if it’s a $10 billion company, I will take it over."

For Sehgal to achieve his goals, however, things will have to improve dramatically. Five years ago, Motherson set a target of consolidated net sales of $18 billion by 2020, and it managed less than $12 billion, as the virus hit and India saw its worst-ever slowdown in automobile sales. The stock has crashed almost 60% during the period, before doubling so far this financial year.

The group’s customers are a who’s who of carmaking elite, including General Motors Co., Jaguar Land Rover, BMW AG, Daimler AG and Volkswagen AG. Based on the family’s 36% interest in Motherson Sumi, the publicly listed entity, Sehgal is worth around $2 billion, according to the Bloomberg Billionaires Index. Sehgal declined to comment.

His actual net worth including other assets is almost definitely higher, and may become clearer as soon as July next year after a group restructuring. That process will spinoff Motherson Sumi’s local wiring harness business into a new wholly owned company, and the unlisted assets of Samvardhana Motherson will be tipped into the original firm. Both entities will be separately listed, which analysts say will help in discovering the businesses’ value, allowing them to be better benchmarked against global peers.

While anything related to electric vehicles is having its time in the stock market sun, Sehgal is less positive. Unlike most carmakers and governments that are talking up modern technologies and cleaner, automated cars, he says inadequate infrastructure and geopolitical tensions will mean internal combustion engines remain relevant for decades.

In talking about the future, Sehgal frequently brings up his age -- “I am 63 plus," he keeps saying -- inevitably prompting questions about succession. Like most Indian family-owned businesses, Sehgal’s son, Laksh Vaaman, who’s now vice chairman, is set to take over.

“I will retire when I go on four shoulders," Sehgal said, referring to an Indian custom of carrying the deceased on their way to cremation. “My job is to teach everything that I can to my son. The next five-year plan is my handing over to him. So somewhere around 68, I will start looking at spending time with my grandchildren, I have four of them."

It’s a deserving future for Sehgal, who started out earning one rupee for every kilogram of silver he transported for his grandfather 45 years ago. The family on his mother’s side were jewelers, and in the movie business on his father’s. Motherson Sumi listed in Mumbai in 1993. Those who have stayed the course have seen their investment grow 32% annually on a total returns basis. That’s three times more than the average yearly gain in the benchmark S&P BSE Sensex Index over the period.

Sehgal credits a lot of the success to his entrepreneurial mother.

“I wasn’t very good in studies, so my mother was very worried about me. So she said let’s get into business. From there, we never looked back really," Sehgal said. “It’s an unblemished record, so very grateful to the big boss up there."