The loans are needed to help cover the initial raw materials purchases and other costs of producing parts.Many auto suppliers have taken advantage of government programs created by the $2.2 trillion coronavirus stimulus package to keep employees on board.
By : Bloomberg
| Updated on: 07 May 2020, 12:18 PM 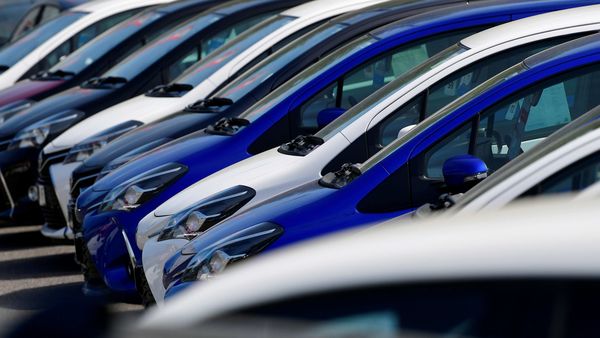 The auto industry’s recovery is crucial after factories have been idled nationwide for weeks because of the coronavirus pandemic.(File photo used for representational purpose only).

Auto-parts manufacturers are lobbying for access to federal loans so they can resume making the components necessary for U.S. automobile assembly plants to begin producing cars once more.

The details of such a program, including its size, are still being discussed with lawmakers, but the loans are needed to help cover the initial raw materials purchases and other costs of producing parts after a roughly six-week period of almost zero revenue from components used in new vehicle production, according to Ann Wilson, senior vice president of government affairs at the Motor & Equipment Manufacturers Association.

“We have not produced a light duty vehicle in this country for almost 45 days. That means that the supply base has no money coming in," she said. “What our industry is interested in is a program of short duration that can provide that necessary funding to the industry so we can get as many of these people back to work as possible."

Many suppliers, Wilson said, have taken advantage of government programs created by the $2.2 trillion virus stimulus package to keep employees on board, including the Paycheck Protection Program by smaller companies. She added that those funds wouldn’t be enough to cover costs of resuming production after weeks of severe revenue shortfalls.

The effort comes as a coalition of House Republican and Democratic lawmakers is becoming more vocal about supporting the auto industry’s recovery after factories have been idled nationwide for weeks because of the coronavirus pandemic. As of Wednesday morning, nine lawmakers from both parties had signed a draft letter urging House Speaker Nancy Pelosi and Minority Leader Kevin McCarthy to consider fresh proposals to support auto industry employment in future relief legislation.

In an interview Wednesday, Representative Debbie Dingell, a Michigan Democrat who is leading the effort, said shortages of masks and other essential supplies that are largely imported illustrate why action is required to ensure that American manufacturing recovers from the crisis. She cited the closing of AK Steel Corp.’s plant in Dearborn, Michigan -- which will eliminate 343 jobs in her district, the Detroit Free Press reported -- as an example of the pressure facing manufacturers.

“Everybody is working together, and the two issues that are front and center right now are keeping workers safe and the liquidity of the suppliers so that the automakers can get back up and running," she said. Michigan is important for both parties in the November election. Donald Trump’s narrow victory there in 2016 helped him defeat Hillary Clinton.

The automobile industry for weeks has been trying to prepare for an eventual restart. The Alliance for Automotive Innovation, the industry’s main trade group, has published health and safety guidelines for parts manufacturers once they reopen. The alliance and other trade groups have urged the State Department to work with Canadian and Mexican government officials to ensure that the regional auto supply chain is coordinated.

Commerce Secretary Wilbur Ross on Wednesday met with the Alliance and said the department would work to support the health of the cross-border auto industry supply chain, according to a statement.