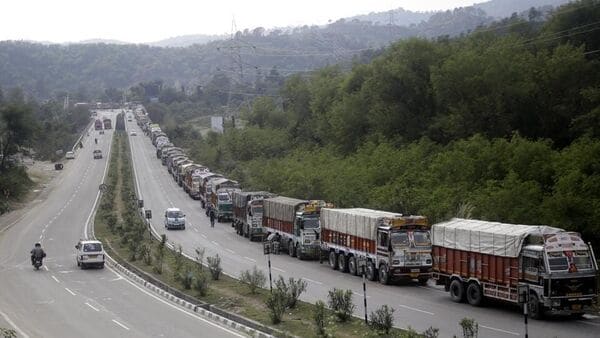 While the project has already overshot the completion target of FY22, the cost has already risen by a full 99 per cent to ₹10.63 lakh crore and is likely to rise by another 15-20 per cent.

With land acquisition still being a pain area, the ambitious Bharatmala Project is expected to be completed in FY28 after a six-year delay only if the current pace of execution is maintained, as per a report.

While the project has already overshot the completion target of FY22, the cost has already risen by a full 99 per cent to ₹10.63 lakh crore and is likely to rise by another 15-20 per cent, given the massive spike in input cost and land prices, rating agency Icra said in the report.

The major reasons for the inordinate delay are problems in land acquisition, a significant rise in land acquisition cost, and the pandemic. Also, the NHAI will have to look at funds by raising additional debt. Highways minister Nitin Gadkari had last week hinted that he was open to allowing the national highway builder to tap the market for funds.

According to the agency, the awarding of the project is expected to be completed in FY24, assuming yearly NHAI awards of 6,000-6,500 km in FY23. However, any significant decline in awarding in FY24 as observed in FY19 being an election year may push the award completion to FY25.

Assuming an annual execution of 4,500-5,000 km from FY23, the project is expected to be completed in FY28, after a delay of six years from the initial target of FY22.

Announced in July 2015, the Bharatmala Project involves developing 24,800 km of national highways and a residual 10,000 km of highways pending under the erstwhile National Highway Development Programme by FY22 at an estimated outlay of ₹5.35 lakh crore translating to a cost of ₹15.52 crore per km.

The completion cost of the project is estimated at ₹10.63 lakh crore after factoring in cost escalations up to December 2021 and is 99 per cent higher than the initial estimates, owing to a substantial rise in land acquisition cost and steep increase in input cost. The final completion cost will be further higher by at least 15-20 per cent, given the impact of the rise in commodity prices on construction costs.

According to Vinay Kumar G, sector head at the agency, the EPC and hybrid annuity modes account for 98 per cent of total awards to date. In terms of funding, the project initially envisaged 40 per cent each from internal and extra-budgetary resources, and the balance of 20 per cent from gross budgetary support, including toll collections and private sector investment.

The government has increased the budgetary allocation to NHAI by 106 per cent to ₹1.34 lakh crore while reducing its incremental borrowings to nil for FY23. Despite the cut in fuel cess in May 2022, the allocation to the road ministry is expected to remain at budgeted levels and thereby supporting awards and execution.

Given the strong pipeline of operational road projects, the ramp-up in asset monetisation becomes critical for funding in addition to continued budgetary support.