Automatic emergency braking systems were once touted as a life-saving leap in automobile safety, so promising that carmakers agreed six years ago to include them in nearly all their vehicles by this fall.
By : Bloomberg
| Updated on: 26 Feb 2022, 09:27 AM 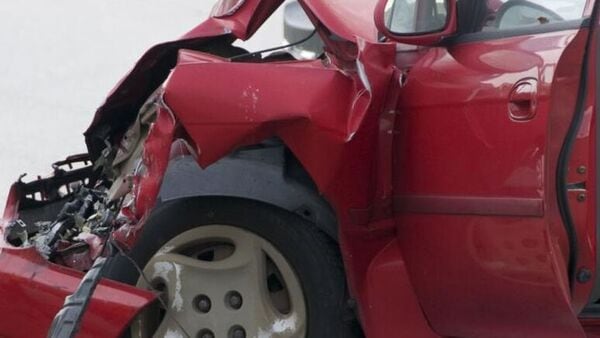 Automatic emergency braking systems were once touted as a life-saving leap in automobile safety, so promising that carmakers agreed six years ago to include them in nearly all their vehicles by this fall.

Yet reports of hundreds of vehicles suddenly stopping on the road has raised questions about whether regulators should have been required to draw up minimum standards before the systems were built into cars.

The U.S. National Highway Traffic Safety Administration has opened defect investigations in the past two weeks of cars made by Honda Motor Corp. and Tesla Inc. and equipped with automatic emergency braking systems.

“We need a federal safety standard that ensures proper" automatic braking system performance, said Michael Brooks, acting executive director and chief counsel of the Center for Auto Safety. “NHTSA enforcement is cleaning up the room when effective standards could have prevented a mess."

The Obama administration struck a deal in 2016 with 20 automakers that agreed to voluntarily equip at least 95% of their passenger vehicles with automatic emergency braking by September 2022. But specific standards weren’t mandated and Congress, as part of the infrastructure legislation, last year ordered NHTSA to craft regulations for crash avoidance technologies such as automatic emergency braking and forward collision warning systems.

“NHTSA and industry chose the voluntary route which only focuses on the numbers of AEB installed, rather than how well they function, so here we are facing the inevitable," Brooks said.

The issue emerged in recent weeks when NHTSA began a preliminary evaluation of unexpected braking by Tesla Model 3 sedans and Model Y sport utility vehicles on Feb. 16 that the agency said covers about 416,000 cars. The inquiry began after the agency received 354 complaints from car owners. No injuries or accidents were reported.

NHTSA announced the defect investigation of Hondas on Feb. 21, saying it received 278 complaints, six of them linked to collisions with minor injuries. The evaluation of Hondas involves 1.73 million Accord sedans and CR-V SUVs.

“The problem with false activations is you never know what is going to cause it," said David Zuby, chief research officer at the Insurance Institute for Highway Safety.

American Honda Motor Company, Inc. said in a statement that it is committed to safety and will “cooperate with the NHTSA through the investigation process." Tesla, which has disbanded its media relations department, didn’t respond to a request for comment on the probe.

Most automatic emergency braking systems use radar or cameras to scan for signs of humans or other vehicles. Previous misfires have been attributed to systems confusing expansion joints in bridges, metal plates or an inability to work properly in darkness or fog, Zuby said.

NHTSA said it is working on a rule that would satisfy the congressional mandate to require cars to be equipped with automatic braking and establish a test procedure under which compliance could be measured.

“The Bipartisan Infrastructure Law includes numerous directives to the agency related to vehicle safety, including the one related automatic emergency braking technology for passenger vehicles, and NHTSA is working expeditiously to meet the congressional mandates," NHTSA said in a statement.

Zuby said he remains confident in the effectiveness of the automatic braking technology, despite the recent probes.

The Center for Auto Safety’s Brooks said of the recent Tesla and Honda inquiries about unintended braking that “enforceable minimum performance standards could have addressed these false activation events before they occurred, in the design and testing phase."

“To ensure that AEB continues to perform reliably and safely as pedestrian protection features become more available, we recommend that NHTSA move speedily to implement both passenger and heavy vehicle AEB performance standards," he said.

Zuby said he is confident false activations can be addressed in a way that allows carmakers to still harness the safety benefits of automatic emergency braking systems.

“It may be that we need more clever programming or different sensors, but I think there are technological solutions to minimize the risk of false activation," he added.