Lumax and Alpine unveil an ultra premium in-car music system which may make going experiencing  live concerts a thing of the past.
By : HT Auto Desk
| Updated on: 19 May 2022, 08:24 AM 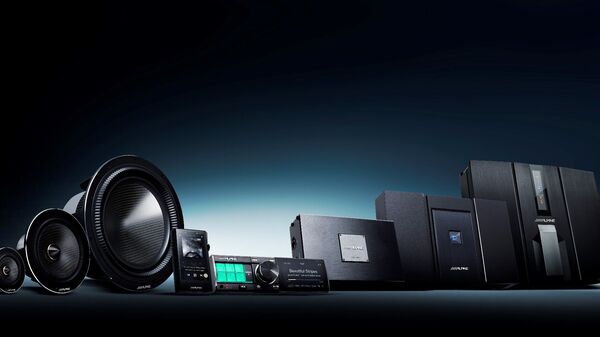 Lumax and Alpine recently launched an ultra exclusive range of car sound system which promises to elevate the experience of audio-video entertainment while on the move to a level far beyond what one is accustomed to even in luxury vehicles. The range of Alpine car sound system - called Alpine F#1 Status - has been unveiled through a demo car and comes with three display unit sizes which measure seven, nine or 11 inches, depending on customer preference. But don't expect to just walk in and waltz out because the music system has a whopping price of ₹30 lakh, a tag that may not come as music to most ears.

But while the super expensive and super exclusive music system may seem out of budget for most people, it does have some stunning feature highlights which seek to justify that very astronomical price tag. After all, the Alpine F#1 Status claims to be like no other in-car audio system at present. In a global first, the system  achieves 384kHz/32bit playback and because it stores 17.4 times more information than a CD, its sound output is claimed to be akin to listening to a live performance or a studio-level sound performance but within the confined of a vehicle. It is also highlighted that Alpine High-resolution audio is reproduced by incorporating frequency ranges earlier unheard by the human ear. This translates to a richer expression in high tonal ranges.

The AlpineF#1Status uses high-performance carbon fiber reinforced plastic (CFRP) in each speaker that completely synchronizes the speaker’s tone by unifying the diaphragm material of each speaker. The surrounds of the speakers incorporate a proprietary “double gathered edge" delivering audio quality that supports high-resolution audio. The system is also equipped with four premium digital sound processors running up to 1GHz/64bit, delivering processing capability of a high-power computer CPU to achieve accurate sound tuning.

Then there is the use of OCXO or a crystal oscillator with temperature control system. It is claimed that OCXO has been used in a car audio system for the first time ever and that it enhances audio precision with a design containing two crystals housed in a dedicated case with enhanced heat insulation that increases the frequency-temperature characteristic from ±50ppm (parts per million) to ±0.1ppb (parts per billion) through an automated temperature control system.

Clearly, these are some very impressive highlights which come together to elevate the in-car audio experience, even if the full extent of the technologies at play may not be for everyone to comprehend, just as the price may not be either. But for the hardcore audiophile who may well be able to afford it, the AlpineF#1Status comes as a mighty good treat for the senses.