Canoo, a Los Angeles-based startup that plans to sell electric vehicles by subscription, has reached an agreement to merge with Hennessy Capital Acquisition IV.
By : Reuters
| Updated on: 19 Aug 2020, 09:33 AM 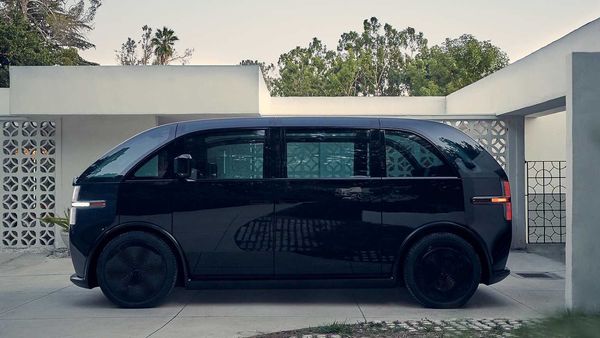 An electric vehicle from the startup Canoo is seen in this handout photo in California, US.

Canoo Holdings Ltd, a US electric vehicle startup already working with South Korea's Hyundai Motor, will go public later this year at a value of $2.4 billion and aims to start delivering vehicles by the second quarter of 2022.

It has joined forces with a so-called special purpose acquisition company, or SPAC, and the combined company will be called Canoo Inc following the closing of the deal with Hennessy Capital Acquisition Corp IV in the fourth quarter. It will trade on the Nasdaq under the ticker symbol "CNOO," the companies said.

Tuesday's announcement comes as investors are looking to ride the global shift to EVs and echo the surging stock price of segment leader Tesla .

A SPAC is a shell company that raises money through an IPO to buy an operating entity, typically within two years.

"A SPAC has for us a huge advantage because we can generate enough funding to accelerate our development process," Ulrich Kranz, Canoo's co-founder and chief executive, told Reuters.

The deal, including additional money from BlackRock Inc and other institutional investors, will raise $607 million in proceeds. Hennessy raised $300 million in its March 2019 initial public offering.

Canoo has developed a "skateboard" - a low-rise platform that bundles batteries and electric motors with such chassis components as steering, brakes and wheels - on which a variety of vehicle body types can be built.

Canoo projects 2024 revenue of $1.43 billion and its first profit at $188 million, officials said during a conference call.

The first of Canoo's lineup - the pod-like, seven-seat canoo - will be available via subscription to U.S. consumers starting in the second quarter of 2022, followed by a small commercial delivery vehicle in 2023 and a sport sedan in 2025, Kranz said. The canoo will have an electric driving range of more than 250 miles.

He added that Canoo will not have a dealer network and will offer monthly vehicle subscriptions bundled with maintenance, charging and access to insurance.

Canoo has a letter of intent and is in talks to finalize a deal for Canada's Magna International to assemble its vehicles, Kranz said. Magna, which also may build vehicles for another EV startup, Fisker Inc, confirmed the talks.\