Alcohol as fuel? Lorry in Telangana caught with liquor bottles in diesel tank

Cops discovered the diesel tank had been divided into two sections - one for the fuel and the other to store the liquor bottles in.
By : HT Auto Desk
| Updated on: 26 Aug 2020, 09:26 AM 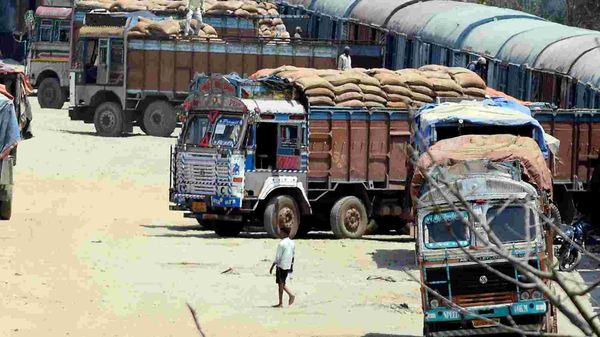 Necessity may be the mother of invention but putting liquor bottles in diesel tank of a lorry to transport them illegally may just be an extreme act of desperation. And yet, this is precisely what was discovered by cops in Telangana when they flagged down a lorry at Andhra Pradesh police seizes liquor transported illegally in diesel tank of lorry at Mylavaram Pulluru Cross Road here.

According to a report by news agency ANI, cops stopped the said lorry after they found it in a suspicious condition. The sudden raid resulted in the diesel tank of the lorry being forced open and it is then that the cops discovered that the tank had been divided into two sections - one for diesel and the other with liquor bottles. "Liquor transported in the lorry is very secretive. They divided the lorry diesel tanker into two compartments. While one is used for diesel; another part is used for storing liquor bottles," said Deputy Superintendent of Police (DSP) B Srinivasulu.

According to the same report, cops suspect that the lorry driver was smuggling the bottles to Andhra Pradesh and because he suspected that the back of the vehicle could be stopped and checked at crossings, decided to use the fuel tank instead.

In all, 1,052 liquor bottles were recovered from multiple raids conducted by cops and apart from the bottles found in the lorry's tank, an auto and a truck were also seized in separate incidents.