Video of the 90-year-old woman Resham Bai Tanwar, has gone viral on social media, which also caught attention of Shivraj Singh Chouhan, chief minister of the state.
By : HT Auto Desk
| Updated on: 24 Sep 2021, 11:33 AM 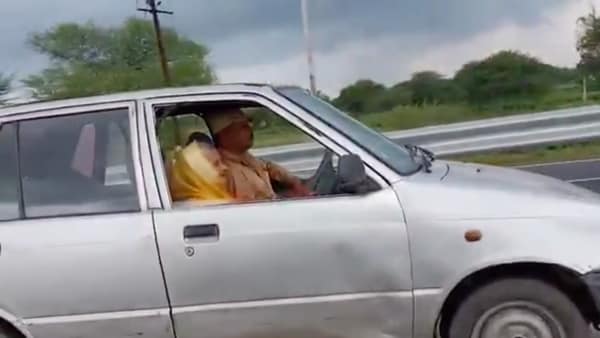 A 90-year-old woman from Madhya Pradesh has taken the social media by storm with her driving skills. A video of the woman, draped in a saree on the wheels of an old Maruti 800 hatchback, has gone viral. So much so, that it did not escape the attention of the state's chief minister too.

Resham Bai Tanswar resides in Bilawali area of Dewas district. She said that she learnt to drive a car because all her family members, including her daughter and daughter-in-law knew the skill.

“I really like driving. I have driven cars, as well as tractors," she was quoted by news agency ANI.

The video was shared and liked by several users on Twitter, praising her driving skills. However, a lot of people also raised questions whether she has a valid driving licence to drive a car on an open road like this.

Currently, the Centre is considering changes in the Motor Vehicles Act to cap an upper age limit of 75 years for renewal of driving licences in India.