Home Auto News 'red Light On, Gaadi Off' Campaign To Be Implemented In All Delhi Constituencies

'Red Light On, Gaadi Off' campaign to be implemented in all Delhi constituencies

Arvind Kejriwal's Red Light On, Gaadi Off initiative will begin in all 70 Delhi constituencies from October 26.The campaign will urge people to turn off their vehicle engines at red lights.
By : PTI
| Updated on: 22 Oct 2020, 03:04 PM 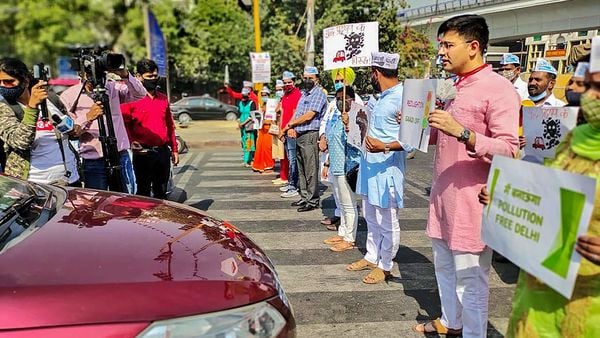 File photo: AAP MLA Raghav Chadha, along with volunteers from his constituency, urges commuters at a busy intersection to do their bit to fight air pollution as part of the Red Light On, Engine Off campaign, launched by Chief Minister Arvind Kejriwal, in New Delhi.

The Delhi government has decided to implement its 'Red Light On, Gaadi Off' anti-pollution initiative in all 70 assembly constituencies from next week, Environment Minister Gopal Rai said on Thursday.

Rai, who visited the Tilak Marg-Bhagwan Das crossing traffic signal here on the second day of the campaign, told reporters that several MLAs are also participating in the drive and spreading awareness. He said councillors will be joining the initiative on Friday and October 26 onwards.

"Taking the campaign forward, Delhi MLAs are participating today and spreading awareness among people. Tomorrow at Barakhamba road traffic signal, councillors will participate. October 26 onwards, this drive will begin in all 70 constituencies where people will be urged to turn off their vehicle engine at red lights. It will be like a massive campaign across Delhi," the minister said.

Rai, who launched the campaign on Wednesday at ITO traffic signal where he was seen asking people to turn off their vehicles at the red light, appealed to the people of Delhi to actively participate in the fight against pollution.

"This campaign is against vehicular pollution and it feels good to see that the people of the city are actively participating. I want to appeal to the people to show enthusiasm for the campaign beginning from October 26," he said. 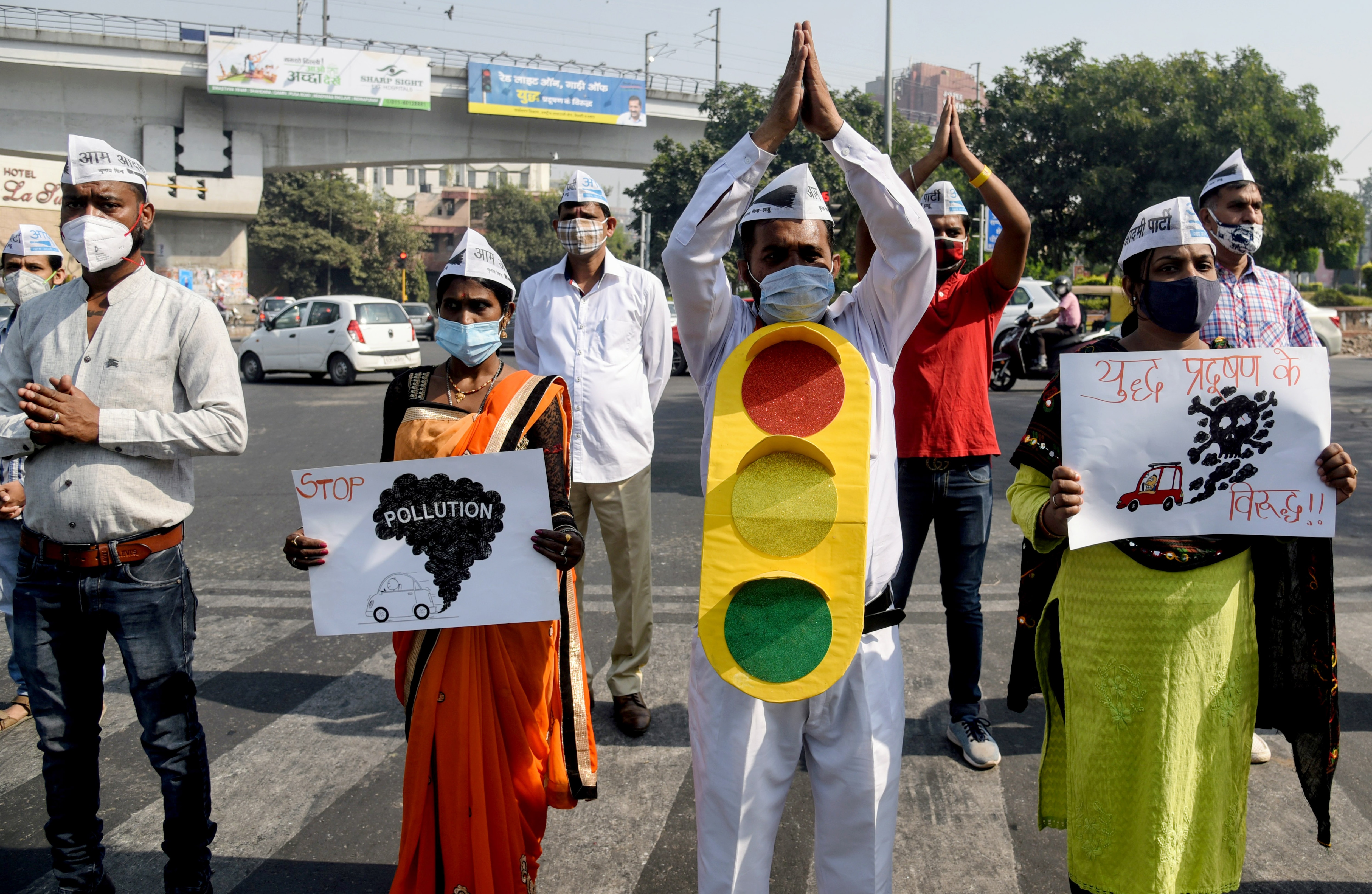 Aam Aadmi Party party workers hold placards as they urge people to turn off the engines of their vehicles while waiting at traffic signals.

The Aam Admi Party (AAP) government's campaign, which will go on till November 15, aims to spread awareness at 100 traffic signals in the capital. A total of 2,500 civil defence volunteers will be standing with placards, asking commuters to switch off engines of their vehicles, at these signals.

While kick-starting the campaign on Wednesday, Rai had said Delhi's vehicular pollution can be reduced by 15-20 per cent if commuters turn off their vehicle engines while waiting at traffic signals.

He had appealed to the people of Delhi to act responsibly and stop burning fuel at traffic signals.

"The campaign is an attempt to reduce vehicular pollution. Delhi has around one crore registered vehicles. Altogether, vehicles burn fuel at traffic signals for around 15-20 minutes every day. This campaign aims to stop fuel-burning at signals.

"If the city's two crore population joins this campaign and does its bit, then we can reduce around 15-20 per cent pollution from vehicles. This campaign is voluntary. I appeal to the people of Delhi to make it a success," he said.

Civil defence volunteers said they had received a good response on the first day of the drive with people cooperating and turning their vehicle engines off at traffic signals.

Volunteers have been deployed at 100 traffic signals from 8 am to 8 pm to spread awareness using placards and urging people to switch off their vehicles at the red lights, Rai said.

The initiative is only an awareness drive and nobody will be issued a "challan", the minister had earlier said.