Delhi has one crore registered vehicles.Arvind Kejriwal says even if 10 lakh vehicles turn off ignition at traffic signals, it could help in bringing down PM 10 and PM 2.5 levels on a yearly basis.
By : HT Auto Desk
| Updated on: 16 Oct 2020, 10:00 AM 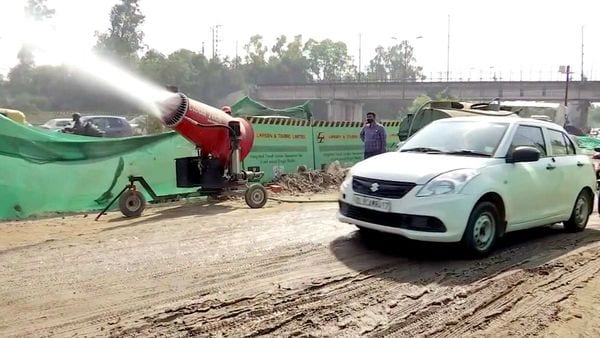 Anti-smog gun deployed in the national capital as part of the measures being taken to control pollution, in New Delhi.

Delhi is once again battling early signs of rising air pollution, a recurring instance as autumn makes its presence felt in the city and while several factors at play are believed to contribute to toxic air quality each year, vehicular pollution ranks high on the list. As such, Delhi CM Arvind Kejriwal recently launched the 'Red Light On, Gaadi Off' initiative to tackle the problem.

Here are five reasons cited by Kejriwal for the initiative and why it could contribute to the larger war waged against pollution:

Kejriwal has also said that his government will start an awareness campaign in the days to come to further expand the scope of the battle against rising pollution levels in Delhi.