$5 billion richer in a day: How father-son duo of used-car sellers hit jackpot 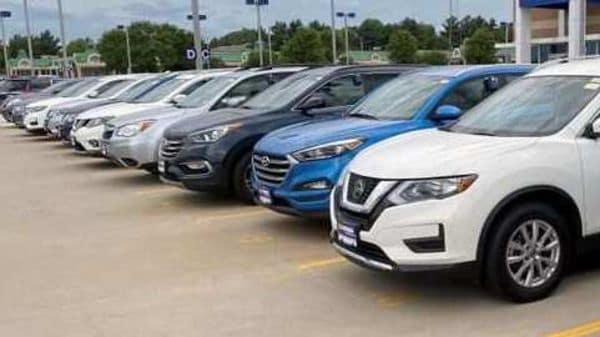 File photo of cars lined up at a used car retail store in United States.

Carvana Co. has yet to post a quarterly profit since going public in 2017, but it’s made Ernest Garcia II and his son Ernest Garcia III two of the richest people in America.

The elder Garcia is the largest shareholder of Phoenix-based Carvana, the online retailer that sells cars out of massive vending machines. His son, Garcia III, is the company’s chief executive officer. Together they’re worth $21.4 billion, according to the Bloomberg Billionaires Index.

Shares of the company surged 31% in New York on Tuesday after it projected record revenue and profit margins. The stock has rallied almost 150% this year as Americans have turned to buying household essentials, entertainment and, increasingly, used cars online.

“Covid-19 is prompting consumers to seek out used cars, and CVNA is a key beneficiary of this trend," said Alexander Potter, an analyst at Piper Sandler, in a research note Tuesday.

Carvana lets customers choose from more than 19,000 cars and complete purchases in as little as 10 minutes, according to its website. Buyers have the option of picking up their car at more than a dozen vending machines located around the country, using a giant coin. Its revenue doubled to $3.9 billion last year as it sold about 200,000 cars. It now sees a path to 2 million sales a year.

Garcia II is worth more than $15 billion and his son $6.4 billion, according to Bloomberg’s Index, which tracks the daily fortunes of the world’s richest 500 people.

Carvana has been the target of skeptics and short sellers in the past, and its shares have been volatile since it went public. It has rallied more than 670% since a March low and has a $36.2 billion market valuation. Roughly a quarter of the company’s float is sold short and the short interest ratio -- a gauge of how many days it would take for short sellers to cover their positions -- was near a record for this year at the end of August, according to data compiled by Bloomberg.

The company said Tuesday it will sell $1 billion of new debt, seizing on the boom in demand for its vehicles and low yields in the corporate bond market. Around $600 million of the proceeds will be used to refinance existing debt, with the rest held as cash on the balance sheet.