Bengaluru is an important market for BYD India because Karnataka was the first state in the country to build an EV ecosystem and take the lead in electric vehicles, according to Sanjay Gopalakrishnan, Senior Vice President of Electric Passenger Vehicle Business of BYD India. BYD India has already received 27 bookings for their e6 MPV through Karnataka. The e6 is currently the only vehicle that BYD is selling in India. 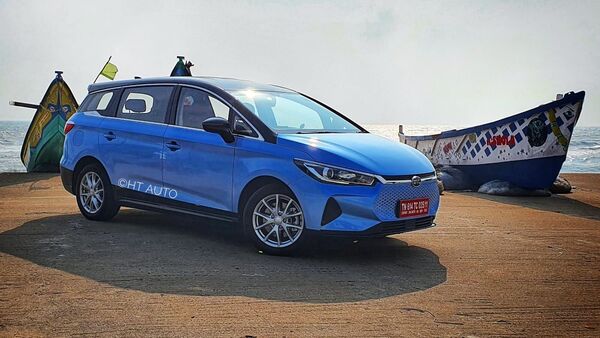 BYD is one of the largest EV makers in China, and also has a solid presence in the global markets, especially in Europe. (HT Auto/Prashant Singh)

The e6 is a five-seater premium MPV that has been brought to India as a CKD or Completely Knocked Down unit. BYD e6 starts at ₹29.15 lakh (ex-showroom) and is offered in two variants. There is GL and GLX. The GLX comes with AC fast charging option also. The driving range can be up to 500 km and using the DC charger, the battery can be topped up in 1.5 hours.

The MPV gets BYD's patented ‘Blade’ type batteries that measure 71.7 kWh and the battery pack has a composition of lithium-iron phosphate. The electric motor mounted on the front motor can produce 95 hp and 180 Nm. The top speed of BYD e6 is 130 kmph.

(Also read: BYD Atto 3 teased ahead of launch in India, will go against MG ZS EV)