In a video posted by news agency ANI, several vehicles in residential colonies are seen submerged with water almost till the window-line level.
By : HT Auto Desk
| Updated on: 06 Jul 2020, 10:43 AM 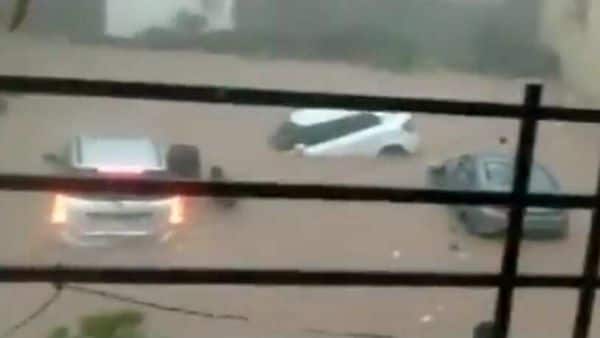 Screenshot from a video posted on Twitter by news agency ANI.

Several cars went under after parts of Gujarat's Dwarka were flooded due to heavy rainfall in the region. The heavy showers were accompanied by lightening and thunderstorm and many streets here soon disappeared under the onslaught of floods.

In a video posted by news agency ANI, several vehicles in residential colonies are seen submerged with water almost till the window-line level. It is quite possible that rainwater has entered the engine bay and cabin areas of these vehicles. Local reports also suggested that bikes were washed away as gushing rainwater engulfed everything in its path.

(Also read: Top tips to prepare your car for rains this monsoon season)

Such has been the intensity of the water that a JCB was also seen stuck with rainwater reaching to half its tyre levels.

The rains are expected to continue for at least the next few days with the IMD predicting heavy showers in several districts of the state, including Gir Somnath, Junagadh and Amrelu. The continuing rainfall may further worsen the problem of water logging and restrict people to their homes.