Home Auto News Want Fastag For Free? Here Is Where You Should Look

Want FASTag for free? Here is where you should look 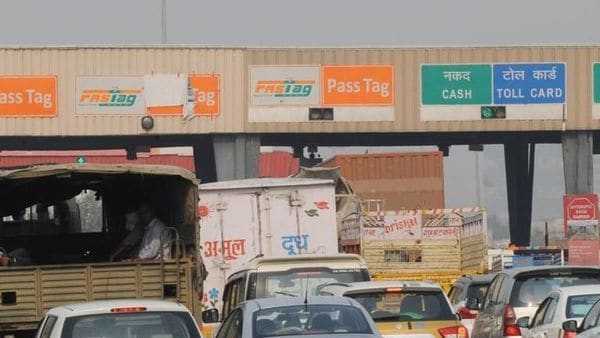 In a sign of competition on bagging the Fastag-related business hotting up among lenders, Axis Bank has made the tags free for vehicle-owners for the first few months.

A lender gets 1.5 percent of a transaction/toll amount as fee if it has set up the chip-reader at the toll plaza and around 1 percent if the vehicle is on-boarded by it.

Sensing the opportunity, as the electronic toll collection become mandatory from December 1 across the national highways, nearly two dozen banks are vying to cash in on the opportunity.

To make it attractive, the government is incentivising it with 2.5 percent cash back and penalty of making the driver pay double the toll amount if paid in cash.

Rival Kotak Mahindra Bank has also announced free tags till December 1 with a similar limited period offer, an official statement said, while an HDFC Bank official said the lender has waived off the processing charges of ₹100 till December 31.

There is a standard security deposit for every tag as per the vehicle size.

A senior Axis Bank official said the bank spends up to ₹100 for on-boarding a customer, including the cost of the tag, courier charges, etc, which will be borne by the bank till the offer continues.

"We want to be the payments partner of choice, and we will also look at it to get new business by way of account openings," Axis Bank executive director Rajiv Anand told PTI.

At present, the bank has installed chip-readers at over 60 toll plazas out of the 500-plus, and a million tags out of the 9.5 million in use, making it the fourth biggest player. Efforts are on to acquire more toll plazas, the official said.

About the sales target, Anand declined to give a number, but said it wants to be the leader in the segment which is currently dominated by ICICI Bank having entered the space long back.

He said corporates banking with Axis Bank, the salary account customers having vehicles and auto loan customers will be the first target for the product, which is like a prepaid wallet that can be linked to a bank account.

Anand said there can be multiple uses of the tags, pointing out to parking at facilities like airports and refueling. The bank is already carrying out a pilot using the tags at the Bengaluru airport for swift entry-exits.