Home Auto News Tesla Model S, Model Y Evs A Put Off For Many Due To Poor Quality: Survey

Tesla Model S, Model Y EVs a put-off for many due to poor quality: Survey

The auto-reliability survey, focussed on electric vehicles, also found out that Porsche Taycan EV was also not favoured by consumers due to finicky connectivity and infotainment technology.
By : Bloomberg
| Updated on: 20 Nov 2020, 08:45 AM 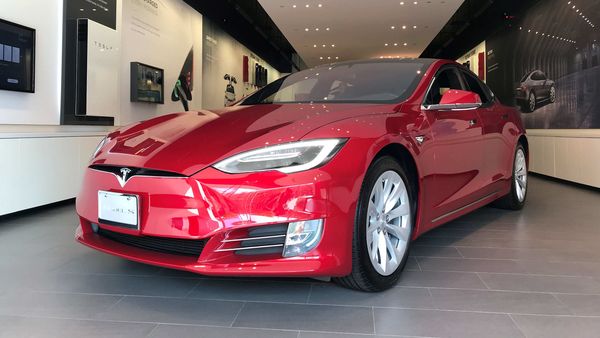 Consumer Reports’ latest auto-reliability survey has a sobering message for owners of the newest electric vehicles: You’re likely going to have some gripes.

Tesla Inc.’s new Model Y crossover failed to get a recommendation from the nonprofit because of what it described as “basic" manufacturing flaws such as misaligned body panels and mismatched colours. One owner even reported finding human hair stuck in the paint job, Consumer Reports said in a statement about its member survey of more than 300,000 cars.

Below-average reliability assessments for both the Y and Model S sedan put Tesla second from last in the magazine’s overall automotive ranking. But it wasn’t alone among brands with electric-car woes.

Porsche said it looks forward to Consumer Reports’ evaluation of the Taycan once it has enough data to do so.

“However, we feel that judging the Taycan based on broader industry trends rather than specific data from the car is potentially misleading to consumers," Marcus Kabel, a Porsche spokesman, said in an email.

Automakers typically encounter the most glitches when they put new tech on a car for the first time. The latest crop of EVs may be particularly prone to flaws as they are the very first of dozens of new models expected to debut over the next three years.

“They do have simplicity, no transmission or fuel system," Fisher said of electric models. However, “EVs are new to the manufacturers and tend to be coupled with a lot of new tech, which is more opportunity for things to go wrong."

Tesla is unique in that it’s offered battery-powered cars for years, but most of its problems have to do with manufacturing 101, Fisher said. Of its four models, only the Model 3 sedan earned a coveted recommendation from Consumer Reports. The world’s most valuable carmaker ranked 25 out of 26 brands covered in the survey.

“They’re almost taking for granted the basics that car companies have to deal with," Fisher said. “They need to take that stuff seriously too, and they could have a very compelling model lineup."

Tesla Chief Executive Officer Elon Musk doesn’t see that as a long-term problem for his car brand. Tesla’s main competitive strength will be “primarily manufacturing" in the future. “This is counterintuitive, but I’m quite confident this will be what happens," he said on Tesla’s third-quarter earnings call.

Tesla didn’t respond to an emailed request for comment.

Ford’s new CEO Jim Farley also has work to do on his company’s reliability scores. The Explorer SUV, whose botched launch at a Chicago plant dented earnings last year, was one of the lowest-scoring models of any manufacturer. Owners complained of transmission replacements, in-car electronics gremlins, problematic power equipment, and engine and body issues.

Ford’s premium Lincoln brand ranked dead last in the reliability survey because of the new Aviator and Corsair, which share a platform with the Explorer. Ford made a familiar mistake in trying to introduce too many new elements at the same time, Fisher said.

Mazda Motor Corp topped the ranking for the first time ever by adopting only modest redesigns, a path taken by larger Japanese peer Toyota Motor Corp and its luxury Lexus brand.