Tigor has created the right noise for Tata Motors. After Indigo CS and Zest, Tata engineers this time have tried yet another hand at making a compact sedan, though they are calling it a ‘styleback’.
By : Hindustan Times, New Delhi
| Updated on: 29 Mar 2017, 07:59 PM 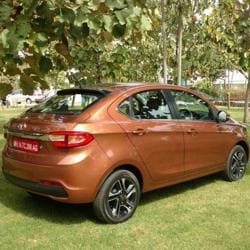 The Tigor is Tiago from the front, but it gets a stylish fastback rear design that stands out in the compact-sedan segment.

Tigor has been launched in four variants: 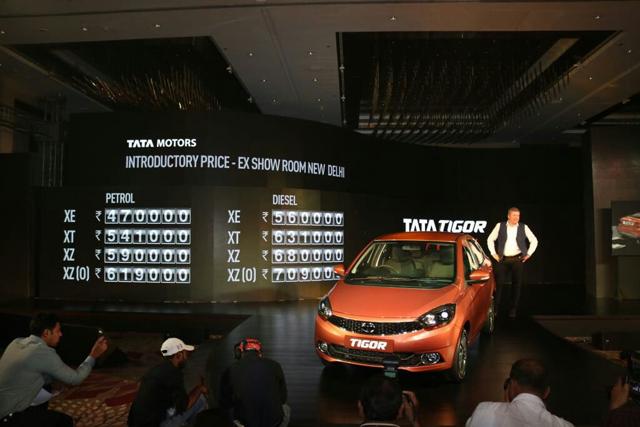 Tata's aggressive pricing may give the competitors a run for their money since their pricing starts at ₹5.3 lakh.

Tigor has been built on the same XO platform as the Tiago and even carries the same engines -- 1.05-litre Revotorq diesel and a 1.2-litre Revotron petrol. Tigor is 50kg heavier than the hatchback, however the power and torque outputs are nearly remain the same as the hatch.

After Tiago and Hexa, Tigor is third model from the Tata Motors with the Impact Design philosophy. It looks just like the Tiago from the front, with those tightly wrapped-around headlamps joined by the honeycomb mesh with a sharp nose and bonnetline. The roof of the fastback flows down right till the edge of the bootlid, allowing great headroom and tall-seating for the backbenchers.

Tiago's success was not instantaneous. It took close to five months for the Kite concept to become Zica and eventually be launched as Tiago at ₹3.20 lakh. That figure and hence the car created for Tata a buzz much needed since the 2008 launch of Nano. Over 50,000 units of Tiago have been sold in 11 months, not too great against the likes of Celerio and Kwid, which sell around twice the volumes.

Thanks to its looks, Tiago's sales were significant, unlike of its predecessor Bolt, which looked like an update of the Indica Vista. The design head at Tata Motors, Pratap Bose, had once said, "You can either win or lose a potential customer within the first 20 seconds of them seeing a car."

Booking for the Tigor had already begun at ₹5,000, and the company said they will deliver the car soon.