Tata Motors owned Jaguar Land Rover (JLR) has zeroed on a site for its new manufacturing plant in Slovakia, the luxury car maker\'s first European production plant outside the UK, where it hopes to start production by 2018.
By : PTI
| Updated on: 12 Aug 2015, 12:32 PM 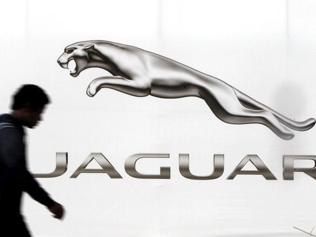 Tata Motors owned Jaguar Land Rover (JLR) has zeroed on a site for its new manufacturing plant in Slovakia, the luxury car maker's first European production plant outside the UK, where it hopes to start production by 2018.

JLR has signed a 'Letter of Intent' with the government of the Slovak Republic for the unit in the city of Nitra in western Slovakia.

The company said that following robust analysis of a number of locations including Europe, the US and Mexico, JLR selected Slovakia as the preferred location as it is close to a strong supply chain and good logistics infrastructure.

A final decision is expected later this year, subject to the outcome of the feasibility study.

'The expansion of our business globally is essential to support its long-term, resilient growth. As well as creating additional capacity, it allows us to invest in the development of more new vehicles and technologies, which supports jobs in the UK,' said JLR CEO Ralf Speth.

'With its established premium automotive industry, Slovakia is an attractive potential development opportunity for us. The new factory will complement our existing facilities in the UK, China, India and the one under construction in Brazil,' he said.

The feasibility study underway with the Slovakian government will explore plans for a factory with an installed capacity of up to 300,000 vehicles over the next decade.

As part of broader plans to deliver more lightweight vehicles, the plant will manufacture a range of aluminium JLR vehicles, with the first cars anticipated to come off the production line in 2018.

'We are committed to developing Slovakia's premium automotive industry and, should we be successful, this investment would represent a significant step forward in achieving this. It would provide a boost to our country's wider industrial strategy as well as benefitting the European Union as a whole. We look forward to working closely with Jaguar Land Rover over the coming months to progress the negotiations, he said.

The latest move towards Slovakia marks the next step in JLR's strategy to become a more competitive global business by expanding its manufacturing operations into new international locations in the future.

The creation of new international plants allows the iconic British car brands to increase its presence in regions that have been identified as having growth potential, protect against currency fluctuations and achieve a more efficient, globally competitive business.

Jaguar Land Rover set up a new joint venture in China and commenced construction of its local manufacturing plant in Brazil at the end of 2014.

The firm, however, stressed on the UK as the cornerstone of Jaguar Land Rover's business and the centre of JLR's design, engineering and manufacturing capabilities.

Over the past five years under the Tata Group's ownership, JLR has employed more than 20,000 people taking its workforce to more than 36,000 and invested more than 11 billion pounds in new product creation and capital expenditure.