Home Auto News Six Airbags For All Indian Cars Soon: The What And Why Of Big Safety Move

Six airbags for all Indian cars soon: The what and why of big safety move 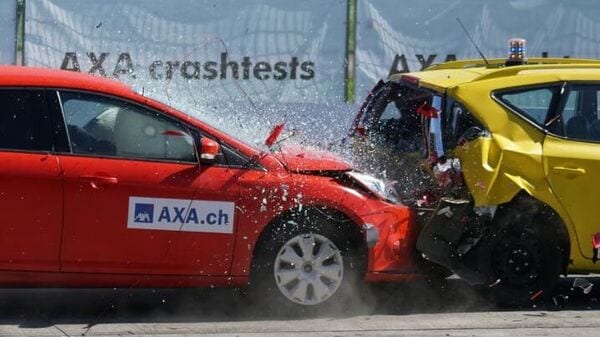 Union Minister of Road Transport and Highways Minister Nitin Gadkari announced recently that a draft notification has been passed which would make six airbags mandatory in all vehicles that can carry up to eight passengers at a time. The move is aimed at enhancing the safety standards of Indian cars for passengers and ensure that in the unfortunate incident of a road accident, the passengers in the involved vehicles are safer than they would otherwise be in a vehicle minus or with fewer airbags.

For several decades and counting, airbags have proven how effective these are in preventing fatalities or even serious harm to a driver or passengers in the case of an accident. But while auto manufacturers in India have been equipping passenger vehicles with airbags, it is usually the upper variants of mass-market cars and more expensive models that offer more than two airbags. Gadkari plans to change just that.

Gadkari is committed to having automakers ensure that it is not just the safety of the driver and front passenger but even those in the rear sections of the vehicle who are secured as much as possible in the case of an unfortunate incident. The addition of four airbags for passengers at the rear could go a long way in ensuring this. "To minimize the impact of frontal and lateral collisions to the occupants seated in both front and rear compartments, it has been decided that four additional airbags be mandated in the M1 vehicle category: two side/side torso airbags and two side curtain/tube airbags covering all outboard passengers. This is a crucial step to make motor vehicles in India safer than ever," he said in a tweet.

The move is crucial, especially for vehicles under the ₹20 lakh bracket which usually don't have more than two airbags from the base variant up. While it is expected to add to the manufacturing expense for OEMs and it may well be passed on to the end customer, many back the move by saying that one cannot put a price on human life.

How important are airbags?

Across the world, seat belts and airbags are widely regarded as the best protection for occupants in a car in the case of an accident. As per data from the US' National Highway Traffic Safety Administration, frontal airbags alone saved 50,457 lives in the country between 198 and 2017. The number is likely higher if all airbags in a car are taken into account. 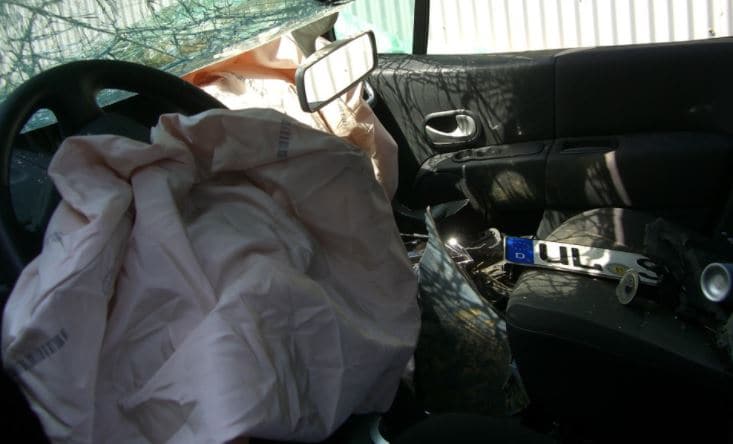 Airbags go a long way in ensuring that the upper body or head hits against the interior of a vehicle in the case of an accident.

In almost every safety crash test conducted by Global NCAP across the world, vehicles with airbags fared far better in terms of providing protection to dummy models inside than vehicles which didn't have any airbag at all. Cars with side and curtain airbags fare even better, especially in the case of side impact.

How does an airbag deploy?

In the case of a moderate or severe crash, the airbag system's ECU sends a signal to an inflator inside the airbag module. A chemical reaction begins which is responsible for inflating the airbag. All of this happens in a fraction of a second. And quite obviously, the intensity of impact is crucial for deployment. 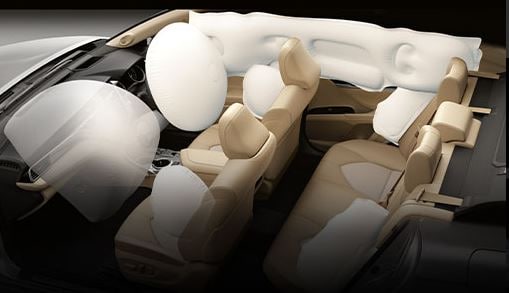 Can an airbag malfunction?

Recent years have seen a massive controversy surrounding Takata airbags. Takata is a Japanese company that manufactures most of the airbags in cars worldwide. But reports of malfunction have prompted millions of cars across the globe being recalled. The primary reason is that in some case, sharpenels have been found to cause harm to passengers in case of deployment.

Even in cases when the airbag functions properly, there is a slight chance of some minor injury if the driver or passenger is too close to the steering or dashboard. But overall, these factors are microscopic when weighed against the massive benefits of airbag protection.