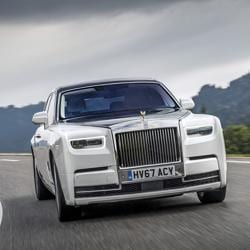 If there is any car that can claim to be the king of the car world, it’s the Phantom.

Meet the eighth generation of the Rolls-Royce Phantom which comes 14 years after the previous one to once again stake claim to the 'world's best car' title. That it has come after so long makes the arrival of the Rolls-Royce flagship an even more momentous occasion, like the coronation of a new king and with it, the continuity of a royal bloodline. If there is any car that can claim to be the king of the car world, it's the Phantom. It has been around since 1925 and is the longest running nameplate on a car ever. But what has really distinguished this Rolls-Royce model over eight generations and 92 years is that it has stood to represent the pinnacle of automotive luxury. 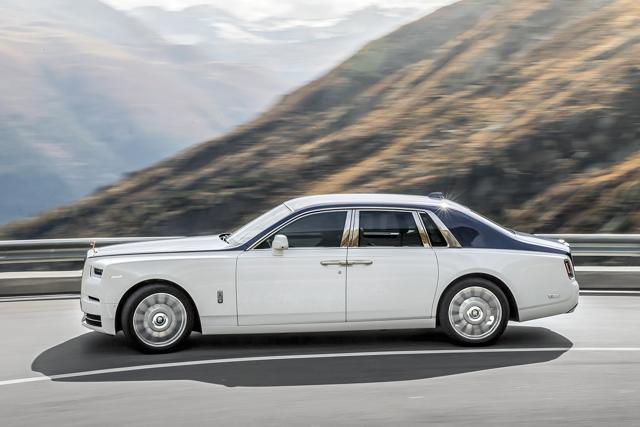 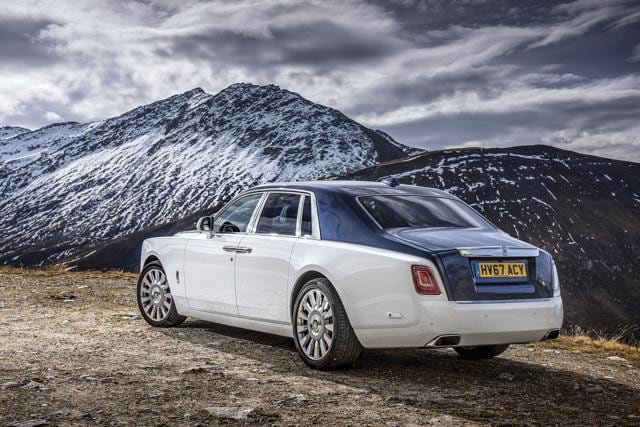 And majestic is what the new Phantom still looks despite a few modern elements that have been introduced in the design. The signature 'Parthenon' grille doesn't sit quite as proudly on the nose as before and is now flush with the body and a bit rearwards canted too. The new Phantom has a more square-jawed look, with the angular fender jutting out at the front. The body surfacing is cleaner now and the centre crease running down the bonnet and the prominent shoulder lines of the previous model have now been smoothened out. Sunken into the bodywork are slim and wide headlights, surrounded by an LED strip and featuring laser high beams, that look pretty high-tech in what is a very traditional shape. All the body panels are new but the untrained eye will have trouble telling the new Phantom apart from the previous model. Rolls-Royce hasn't deviated from the previous car's styling intentionally because owners just loved the way the Phantom VII looked. 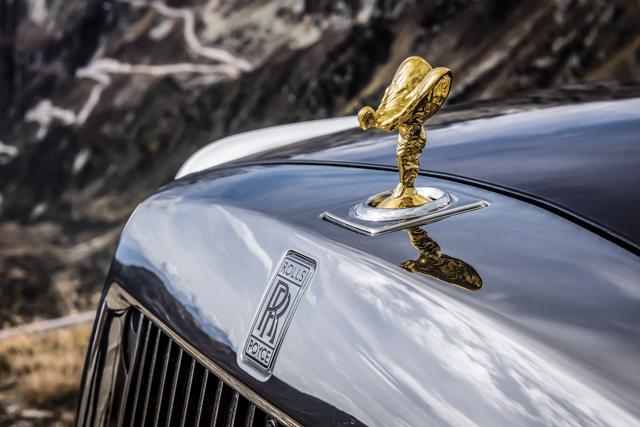 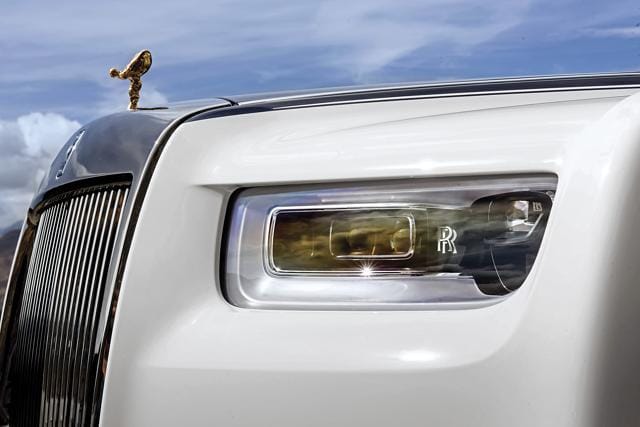 Rolls-Royce's signature 'coach doors' or rear doors hinged at the back open wide for easy access into a cabin that is truly fit for a king. Seated in the rear, I shut the electrically operated doors with the touch of a button (the chauffeur can do it from the outside as well) to hermetically seal me off from the outside world. There's richness in every small detail - right from the deep-pile carpets, the exquisitely stitched leather trim and fine-grain wood, to the soft leather seats with the feather-filled headrests. Seat comfort is something you won't complain about even in the standard-wheelbase Phantom, which has an abundance of legroom, while the extended version has an excess of it to the point that I can sit with my legs fully stretched out. You sit nice and high in the sumptuous rear seats, which can be amply reclined. The sofa-like seats will heat or cool your backside and even massage you. This latter function is what I discovered accidentally and, in the process, also exposed a minor design flaw.

You don't have to stretch or bend to reach any of the switches (and crease your suit or gown by doing so) but simply sit back, close the doors via the button on the C-pillar, and activate the air con, stereo and all the seat functions via the rotary dial cluster in the centre console of the arm rest. Even the small table and individual entertainment screens flip down with press of an easily accessible button. The switches themselves are wonderfully damped, as are the traditional organ-stop plungers that control the air flow. You also get a coolbox complete with a pair of champagne flutes. 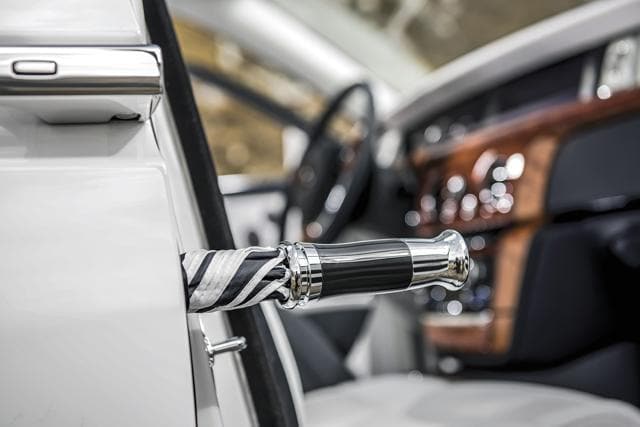 Up front, the seats aren't as lavish as the back but they are hugely comfortable and come with a wide range of adjustments. For the first time on a Rolls, the front doors too can be electrically closed with the touch of a button, which relieves the front occupants from the undignified task of stretching out for the door handle. The Y-spoke steering wheel is as massive as ever but now comes with a plethora of buttons. Also giving a nod to modernity is the digital instrument cluster, which replace the analogue dials, and a heads-up display for the driver. The 'starlight' roof is a special Rolls-Royce feature that only covered half of the roof in the previous Phantom, but now on the new car it runs all the way to back. The extended Phantom has a whopping 1,344 fibre optic lights randomly scattered in the headliner. The electrical architecture allows each of these lights to be individually controlled, giving you your own customised constellation!

The real star of the show in the new Phantom, however, is what the Rolls-Royce calls 'The Gallery'. A single piece of fixed glass spans the width of the dashboard, covering a blank space that begins from one end of the dashboard and extends behind the retractable screen until the instrument cluster on the driver's side. Essentially, this blank surface acts a canvas for works of art, which owners can commission from their favourite artists or, choose from several unique compositions that Rolls-Royce has created.

The place to be in a Phantom is at the back and my experience begins sitting behind the chauffeur. It feels incredible, being whisked away in a car that just effortlessly glides forward like it's on a cushion of air. The roads in Switzerland are super- smooth and have strictly enforced speed limits, which only serves to accentuate the Phantom's utterly relaxed demeanour. The odd, sharp edge we encounter in the form of a railway crossing registers as a distant, muted thud. The new Phantom simply soaks up the road quietly and efficiently, leaving you oblivious of the surface you're travelling on. The ultra-low noise levels add to the sense of calm. Rolls-Royce wasn't joking when it said it was making the world's quietest car even quieter. Under the Phantom's long hood is a 6.75-litre V12 engine again - its power output of 555hp is similar to that of the outgoing car but twin turbochargers (a first on a Phantom) boost torque to a colossal 900Nm, which is developed from as low as 1,700rpm. 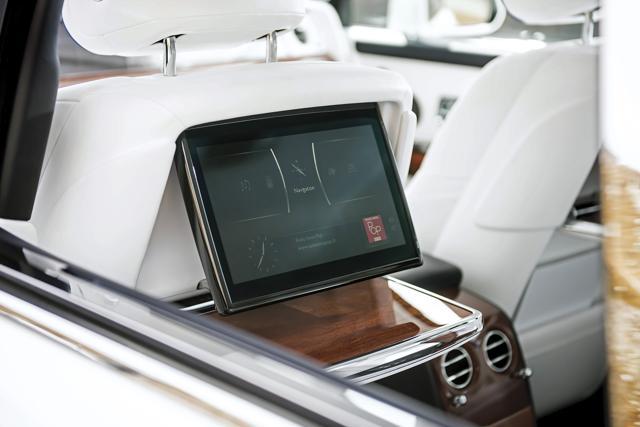 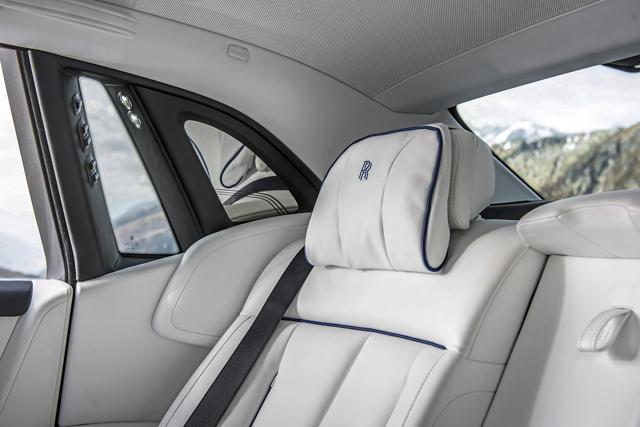 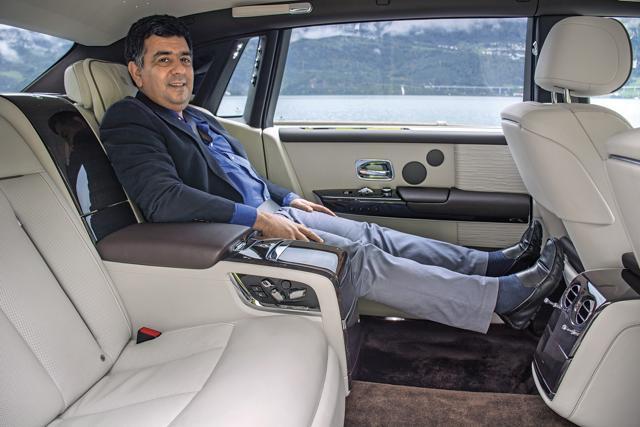 The big V12 engine is barely audible and there's hardly any road or wind noise either. The cabin is so eerily silent that you could almost hear a ghost cough.

Is the new Phantom, which is 6-7% costlier than the outgoing one, really worth it? That's a difficult question to answer, especially if the price of a minimally specced Phantom, after paying nearly 200 percent in taxes and duties, is expected to cost ₹8 crore (on-road), rising to an obscene ₹9.5 -10 crore for a car with a decent amount of customisation. Terms like 'value for money' and 'bang for your buck' are not part of a Phantom buyer's lexicon. What they are looking for is the ultimate luxury car and one that they are unashamed to flaunt. The new Phantom also takes customisation and exclusivity to a different level, with its concept of the bespoke Gallery. View the Phantom not just as an automobile but also as a work of art which, with its ludicrously high price tag, might just start making sense, but only if you are a billionaire.