While Volkswagen has issued recalls of affected vehicles in the US and Europe, scientists have found the excess emissions has already had an impact on public health.
By : PTI, Boston
| Updated on: 03 Mar 2017, 03:45 PM 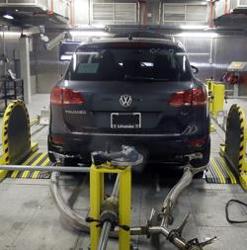 While Volkswagen has issued recalls of affected vehicles in the US and Europe, scientists have found the excess emissions has already had an impact on public health.

Volkswagen cars which cheated emissions tests to show compliance with environmental standards may kill as many as 1,200 people in Europe prematurely, and would shorten each person's life by a decade, a new study has claimed.

In September 2015, the German automaker Volkswagen admitted to having installed "defeat devices" in 11 million diesel cars sold worldwide between 2008 and 2015, researchers said. The devices were designed to detect and adapt to laboratory tests, making the cars appear to comply with environmental standards when, in fact, they emitted pollutants called nitric oxides (NOx) at levels that were on average four times the applicable European test-stand limit. 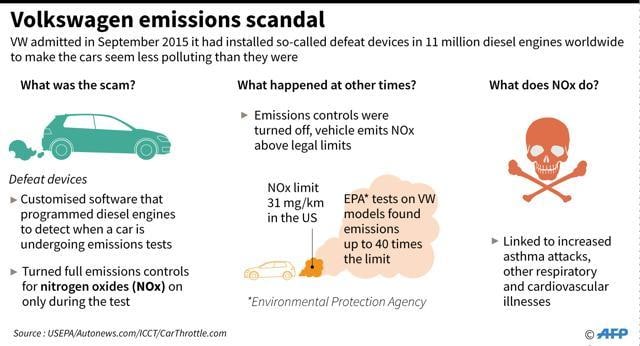 While Volkswagen has issued recalls of affected vehicles in the US and Europe, scientists have found the excess emissions has already had an impact on public health.

Researchers, including those from Massachusetts Institute of Technology in the US, had previously estimated that the excess emissions generated by 482,000 affected vehicles will cause about 60 premature deaths across the US.

Now, they have looked closer to Volkswagen's home base, examining the health impact from the 2.6 million affected cars sold in Germany under Volkswagen Group's brands VW, Audi, Skoda and Seat.

Researchers found that the manufacturer's emissions in excess of the test-stand limit value have had a significant effect on public health not just in Germany but across Europe.

The researchers estimate that 1,200 people in Europe will die early, each losing as much as a decade of their life, as a result of excess emissions generated between 2008 and 2015 by affected cars sold in Germany.

Of these premature deaths, 500 will likely occur in Germany, meaning that more than 60 per cent of premature mortalities stemming from those German-sold cars will occur in neighbouring countries, most notably Poland, France, and the Czech Republic.

"Thus, a car in Germany can easily have significant impacts in neighbouring countries, especially in densely populated areas such as the European continent," Barrett said.

If Volkswagen can recall and retrofit affected vehicles to meet European standards by the end of 2017, this would avert 2,600 additional premature deaths, or 29,000 life years lost, and 4.1 billion Euros in corresponding health costs, which would otherwise be expected in the absence of a recall, researchers said.

The study was published in the journal Environmental Research Letters.