Polaris had struggled to cope with the pandemic shutdown as their stocks were down 4.6% but under CEO Scott Wine, their shares had quadrupled and revenue had grown fourfold.
By :
| Updated on: 18 Nov 2020, 05:14 PM 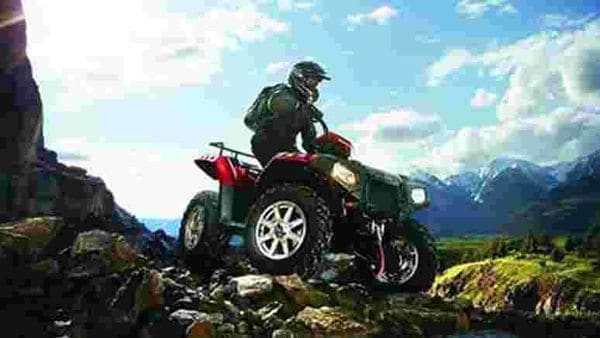 Polaris slid as much as 9.3% in aftermarket trading in New York after closing Tuesday at $97.01.

Wine, who became CEO of Polaris in 2008 and was named chairman of the board in 2013, has capitalized on the growth of power sports in the US, while reviving the Indian motorcycle brand to compete with Harley-Davidson. He also guided the Medina, Minnesota-based maker of snowmobiles, off-road vehicles and motorcycles through President Donald Trump’s trade wars and supply chain problems triggered by the pandemic.

Polaris slid as much as 9.3% in aftermarket trading in New York after closing Tuesday at $97.01. The stock is down 4.6% this year as the company has struggled to recover momentum after a pandemic-related shutdown in the spring. But the shares more than quadrupled in value during Wine’s tenure as Polaris’ revenue grew fourfold.

He will remain in the CEO role until the end of 2020, the company said in a statement. His successor will be announced at a later date, it said.

“While Mr. Wine’s vacancy may remain an overhang in the near-term, we remind investors that Polaris is fairly well set up for the remainder of the year and well into 2021," RBC analyst Joseph Spak wrote in a note to clients. Polaris is in a good position to restock from record low inventories caused by the pandemic shutdown, he said.

Shares of CNH Industrial, a truck and tractor maker controlled by Italy’s billionaire Agnelli family, rose as much as 2.3% to $10.62 after closing at $10.38. The company was created in 2013 through the merger of Fiat Industrial with the CNH agricultural and construction-equipment division.

CNH’s Iveco commercial vehicle unit has a joint venture with another automaker -- embattled U.S. truck startup Nikola Corp., for which it plans to manufacture battery-electric semi trucks at a facility in Ulm, Germany. Production is set to start by late 2021.

Wine, who has held executive roles at United Technologies Corp. and Danaher Corp., has experience with mergers and acquisitions that will help steer the transformation of CNH, acting CEO Suzanne Heywood said in a statement.

“Scott is committed to delivering the strategy that the company outlined at its Capital Markets Day in 2019, including the plan to spin off its on-highway activities," she said.

Heywood, a managing director at Exor, was named acting head of the company after its former CEO and chairman, Sergio Marchionne, died unexpectedly in 2018. Marchionne also ran Fiat Chrysler and Ferrari NV.