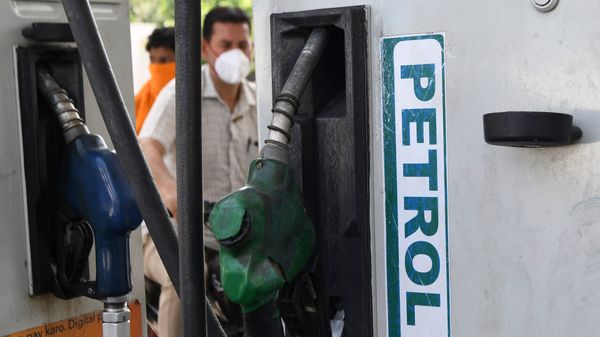 With the seven hikes in May 2021 alone, the per litre petrol price in India has been increased by ₹1.65.

Is spending ₹100 for buying a litre of petrol going to be the new normal for Indians?

Seems so. At least after the petrol price has crossed ₹100 per litre mark for the second time in 2021 since February.

Back in February 2021, right after the Union Budget 2021, an upward rally of petrol and diesel prices started, which resulted in the petrol price breaching the ₹100 mark for the first time in India. Petrol price topped ₹100 a litre mark in some cities of Rajasthan and Madhya Pradesh on the back of sustained oil price rally in the international market and high rate of taxes.

After that, there was a brief pause and marginal reduction in the price of both petrol and diesel during the recently concluded assembly elections in four states, which brought a little respite to people. However, the oil marketing companies came back on track with their daily upward price revision, immediately after the election results were out. With that, again the petrol price has breached the century mark in various states including Maharashtra, Rajasthan, Madhya Pradesh.

Overall, in May 2021 alone, the per litre petrol price in India has been increased by ₹1.65 and that too at a time, when the second wave of the Covid-19 pandemic is rampaging the country.

Retail prices of petrol and diesel comprise various components such as freight charges, excise duty levied by the central government, VAT imposed by the state governments, dealer commission etc. Combined all this the price of the fuel reaches its retail point. The excise duty and VAT combined are attributed 60% of the price of petrol and the amount is 54% for diesel.

Some state government reduced the VAT amounts marginally a few months back in an attempt to provide some relief to the citizens who are already reeling under pressure due to the Covid-19 pandemic and the economic crisis. However, no such move was made by the Narendra Modi government.

The daily price revisions by the oil marketing companies are done taking the internal crude oil price into account. Apart from that, the fluctuations in foreign exchange value also impact the price revision. However, it has been seen multiple times that despite the falling prices of crude oil in the international market, petrol and diesel prices were increasing in India. The OMCs blame it on the high rate of taxation. This is where nobody wants to leave their share of revenue, be it the central government or the state governments.

The increasing fuel prices in India have a cascading effect on the life of the people. Also, it impacts businesses in various sectors. Motor fuel bills not only impact the motorists but people who don't own a vehicle as well.

People who own automobiles, have to pay extra money to buy fuel, while people without any personal vehicles are forced to pay more to avail public transport, as the sector is already hiking rates due to the rising operational costs caused by the fuel price hike.

The transportation and logistics companies increase the service rates due to the fuel price hike, resulting in a price surge for the essential consumer goods. With the recent motor fuel price hike, transporters and freighters have increased freight charges by up to 15%. This means vegetables, fruits, milk and other essential items are getting costlier.

The increased fuel prices leading to a rise in headline inflation, resulting in the delayed recovery of the ailing economy of the country, as the consumption levels among citizens are reduced drastically.

In April 2021, India's fuel demand slumped 9.38% on an MoM basis to 17.01 million tonnes, as compared to 18.77 million tonnes in March 2021, as revealed by data published by the Oil Ministry's Petroleum Planning and Analysis Cell (PPAC). While the Covid-19 lockdowns in various states have played a major role in this slump, the high fuel price too had a key role.

Fuel prices vary from state to state, due to the different rate of VAt imposed by different state governments. Parity can be achieved by bringing the fuel price under the GST ambit, which has been the demand by several stakeholders for the last few years. However, there are challenges as well.

The state governments that impose higher VAT, will see their revenue decreased due to the implementation of GST on fuel prices. This is the reason why those state governments have been opposing the GST on fuel bills, even though such a move will bring down the cost of fuel significantly across the country. Hence, there is no clear solution ahead, as the state and central governments are jostling with their stake of revenue shares.

Considering this scenario and the pace, at which fuel price is surging, it can be said that ₹100 per litre petrol would be a sustainable new normal. Unless, there is a drastic change.