Petrol, diesel prices shoot up again on Thursday. Know the rate in your city

Petrol and diesel prices have increased 37 times across India since May 4.Delhi and Kolkata are the two latest metro cities to join the lost of cities where petrol has breached ₹100 mark.
By : HT Auto Desk
| Updated on: 08 Jul 2021, 11:21 AM 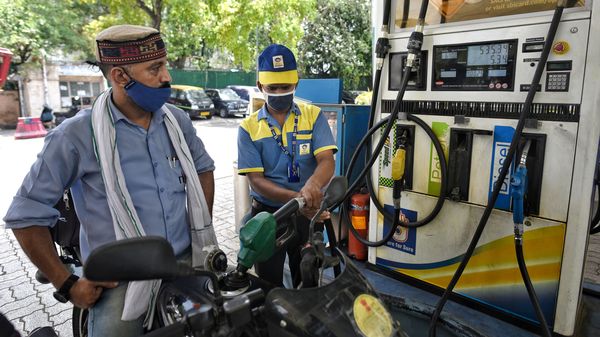 (Also Read: Delhi and other cities paying 63% tax to the central govt for a litre of petrol)

Delhi and Kolkata were the two latest metro cities to join the list of cities where petrol price has breached the ₹100 mark. In Kolkata, a litre of petrol and diesel on Thursday are being sold at ₹100.62 and ₹92.65 respectively.

The latest hike was the 37th one since May 4, when the oil marketing companies ended their 18-day pause in price revision, which they observed during state assembly elections.

Such an incessant price hike for motor fuels are not only impacting motorists but non-motorists as well. The motorists are shelling out extra money for buying fuel for their vehicles. Non-motorists on the other hand are being impacted due to the increasing inflation resulted from higher transportation costs.

There have been demands for reduction of excise duty on fuel, but the central government is yet to take any such step.