Crude explorers shut down 13% of the U.S. drilling fleet last week as the swelling worldwide glut of crude spurred drastic cost-cutting and project cancellations among drillers.
By : Bloomberg
| Updated on: 20 Apr 2020, 10:35 AM 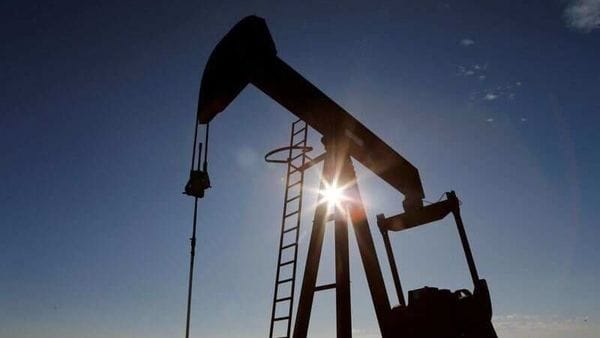 There is growing concern that the world is rapidly running out of places to store crude after output cuts proved insufficient to cope with plunging demand.

Oil extended its slide, falling to the lowest in more than two decades, on concern the world is rapidly running out of places to store crude after output cuts proved insufficient to cope with plunging demand.

Futures in New York fell 16% to around $15 a barrel after losing almost a fifth of their value last week as the deal by OPEC+ and other producers failed to counter the demand hit from a crippled global economy. The current May contract expires Tuesday, however, with the more active June futures falling by around a third as much on more than five times the trading volume. Global benchmark Brent crude was only down around 1%.

Near-term prices for West Texas Intermediate, the U.S. benchmark, are trading at huge discounts to later-dated contracts on concern the storage hub at Cushing, Oklahoma, will fill to capacity. That has seen prices disconnect from Brent futures in London. Buyers in Texas are offering as little as $2 a barrel for some oil streams, raising the possibility that American producers may soon have to pay customers to take crude off their hands.

The 9.7 million barrels a day of production cuts agreed by OPEC+ are paling in comparison against this backdrop. China reported its first economic contraction in decades on Friday, an indication of what’s to come in other major economies that have yet to emerge from coronavirus-driven lockdowns. There were some signs of optimism, however, as death rates eased in New York and some of the hardest-hit European countries.

“The current prices show that the OPEC+ cuts proved to be a blip, with oil prices at the mercy of the virus once again," said Vandana Hari, founder of Vanda Insights in Singapore. “Until we approach a lifting of the lockdowns in the U.S,, oil may drift lower or remain rangebound around current levels."

Brent for June delivery fell 0.9% to $27.84 a barrel on the ICE Futures Europe exchange after losing almost 11% last week. It traded at a $4.09 premium to WTI for the same month.

Crude stockpiles at the Cushing have jumped 48% to almost 55 million barrels since the end of February, Energy Information Administration data show. The hub had working storage capacity of 76 million as of Sept. 30, according to the EIA. Concern continues to mount that storage facilities in the U.S. will run out of capacity, Australia & New Zealand Banking Group Ltd. said in a note.

(Also read: Lockdown 2.0 cuts India's fuel demand to 50% in first half of April)

The price collapse is reverberating across the oil industry. Crude explorers shut down 13% of the U.S. drilling fleet last week as the swelling worldwide glut of crude spurred drastic cost-cutting and project cancellations among drillers.

Meanwhile, in the Asian oil hub of Singapore, Hin Leong Trading (Pte) Ltd. filed for court protection from creditors amid revelations it hid around $800 million in losses racked up in futures trading.

“The output cut that we’ve seen, or supposed to see coming, isn’t sufficient to cover the 25 million to 30 million barrels of daily demand that’s being destroyed by Covid-19," said David Lennox, resource analyst at Fat Prophets in Sydney. “We have to see a peak for Covid-19 globally to get a clearer picture of how much demand will be destroyed."