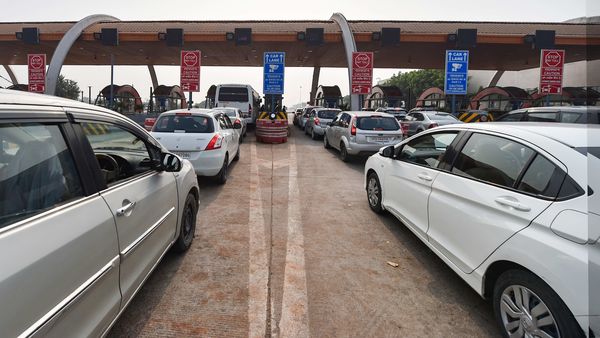 The National Highway Authority of India (NHAI) has suffered toll losses worth ₹2,731 across the three state of Punjab, Haryana and Rajasthan since the farmer's protest began in October of 2020, the government informed the Parliament on Wednesday.

Nitin Gadkari, Union Minister for Road Transport and Highways, informed the Parliament that toll collection at as many as 65 locations had to be halted due to protesting farmers pitching camp against the three farm laws which have since been rolled back. The biggest chunk of losses came in the state of Haryana, followed by Punjab.

A large number of shut toll plazas remain nonoperational as farmer unions have not vacated the sites. Gadkari highlighted that while many toll plazas in Punjab were initially affected, those in adjoining states of Haryana and Rajasthan too eventually bore the cost brunt. "Overall 60 to 65 NH toll plazas were affected due to farmer agitation resulting in loss of toll collection of ₹2,731 crore," the minister said, adding that efforts are on to resume normal operations at these locations.

Gadkari also highlighted that his ministry has a target of constructing 12,000 kms of national highways in financial year 2021-22.

Total borrowings of state-owned National Highways Authority of India (NHAI) have increased more than twofold to ₹3,38,250 crore in three years to March 2021 compared to ₹1,22,561 crore as of March 2018, Parliament was informed on Wednesday. Replying to a written question in the Rajya Sabha, Road Transport and Highways Minister Nitin Gadkari said NHAI creates valuable road assets which are financially viable.

Gadkari said that tolling of the completed public funded road assets and monetizing the assets through ToT/InVIT modes are major steps taken by the government to generate revenue for repayment of the loans and further construction by NHAI.