NGT asks Volkswagen not to sell cars with ‘cheat device’

An NGT bench headed by justice U D Salvi directed Volkswagen to give in writing that it would sell only those vehicles which comply with all emission norms as applicable.
By : PTI
| Updated on: 21 Jan 2016, 07:14 PM 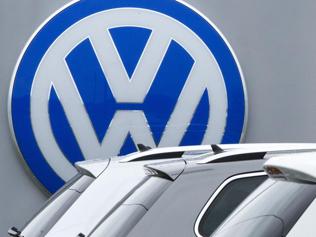 An NGT bench asked Volkswagen to sell only those vehicles which comply with all emission norms as applicable.

The National Green Tribunal on Wednesday asked the German auto major Volkswagen to give an undertaking agreeing not to sell any diesel vehicle in India fitted with "cheat device".

Cheat or defeat device is a software in diesel engines to manipulate emissions tests by changing the performance of the vehicles to improve results.

A bench headed by justice U D Salvi directed the company to give in writing that it would sell only those vehicles which comply with all emission norms as applicable.

"We do see gravity of the matter. You should not sell cars with defeat device and which are not compliant. Let Volkswagen give an undertaking that it would not sell any vehicle in India fitted with 'cheat device'," the bench said.

The Tribunal, which stopped short of directing ban on sale of Volkswagen vehicles in the country for allegedly flouting emission norms, also directed Automotive Research Association of India (ARAI) to place its investigation report by February 4, the next date of hearing.

Senior advocate Pinaki Misra, appearing for Volkswagen, told the green panel that there were no such devices in its vehicles and ARAI was already investigating the matter and outcome is awaited.

"The whole argument is based on the fact that something which happened in United States. We are manufacturing different vehicles here. The cars which we sell in India comply to all emission norms. Let ARAI complete its job," Misra said.

He further said that investigation over "cheat device" was going on even in US and EU and the company has yet not been directed to pay any compensation.

Earlier, the Tribunal had issued notices to Centre, Volkswagen and ARAI on a plea by Delhi residents seeking a ban on sale of its vehicles for alleged violation of emission norms. Referring to a newspaper report which stated Volkswagen Group has recalled 3.24 lakh cars, the petition had sought directions to produce all relevant documents and details on the basis of which they have decided to recall the vehicles in India.

On November 30, last year a Delhi-based school teacher had also moved a similar plea and referred to ARAI's report, alleging that Volkswagen in India was selling vehicles which produce nitrogen oxide 9 times higher than the prescribed limit.

Volkswagen has admitted that 11 million diesel engine cars worldwide were fitted with the software that helped in manipulating emission tests.